He entered the store on February 9, just before 11 p.m. with a double-barreled shotgun and demanded money from the clerk.

After obtaining the money, he ran away on foot towards Driftwood Apartments.

A suspect with a similar description was also seen robbing a Portsmouth BP Gas Station on Friday night. Police say the man pointed a shotgun at the clerk while empting the cash register.

Police in all three cities have not said whether or not it is the same man who robbed all four stores, but say they are looking into the possibility.

If you can identify this man pictured to the right, you are asked to call the crime line at 1-888-LOCK-U-UP. 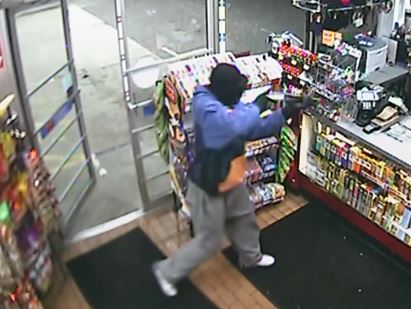