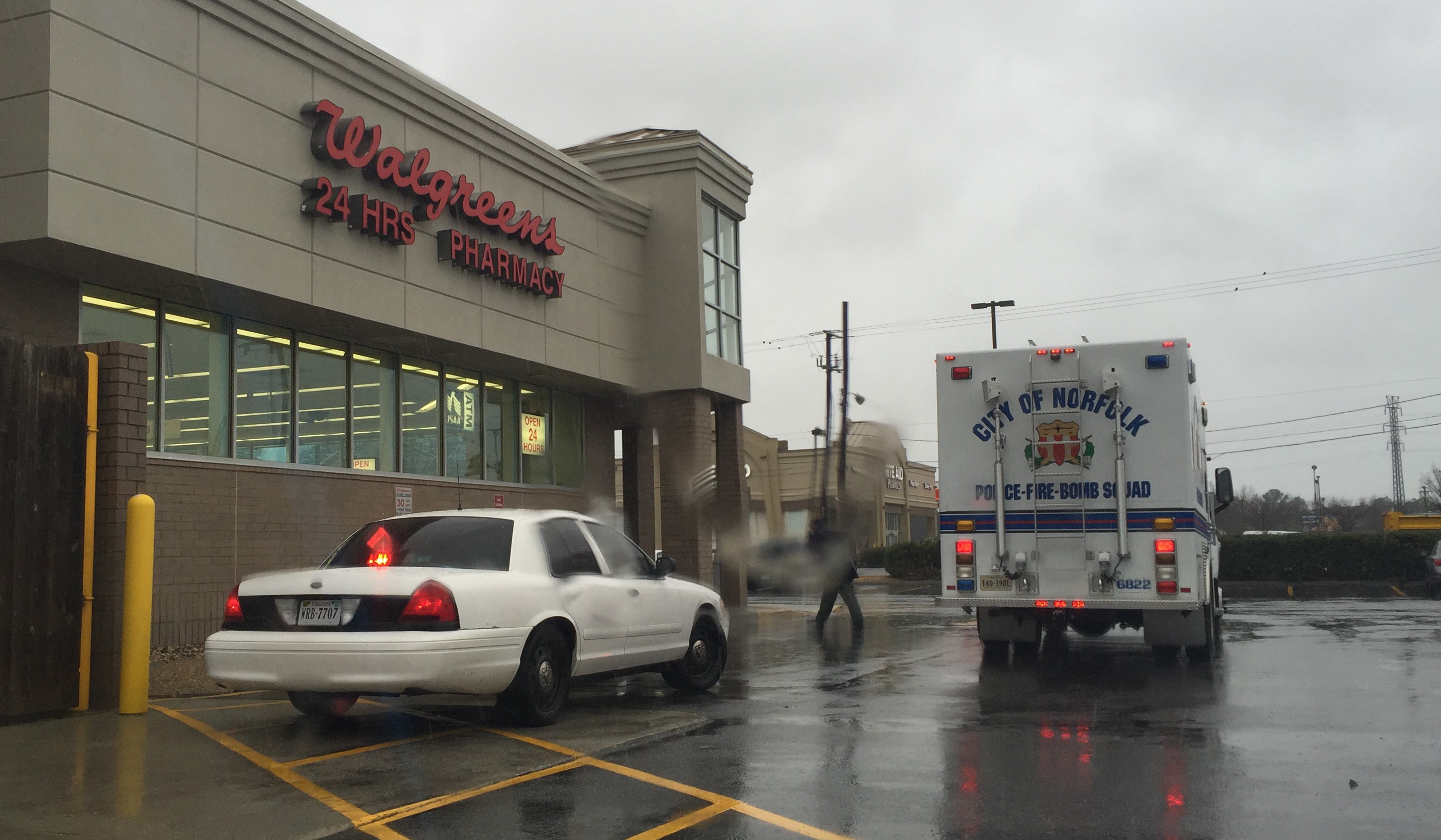 Norfolk, Va. – Police have a man in custody and after he man attempted to rob a Sun Trust Bank by claiming there was a bomb in the building.

Police received a call around 8:55 a.m. from a teller at the Sun Trust, stating that a man was in his car at the drive-thru who had given her note demanding money, and claiming there was a bomb in the bank.

Police arrived at 9:00 a.m. and took the man into custody without incident.

All traffic in the 100 block of West Little Road was shut down while the bomb squad checked the building. After completing their search, the bomb squad said nothing was found. The road was reopened around 9:38 a.m.

Police say 28-year-old James R. Crowder of Newport News was arrested and charged with Attempted Commercial Robbery and Threaten to Bomb. He is currently in the Norfolk City Jail.

Check back with wtkr.com for more on this developing story.