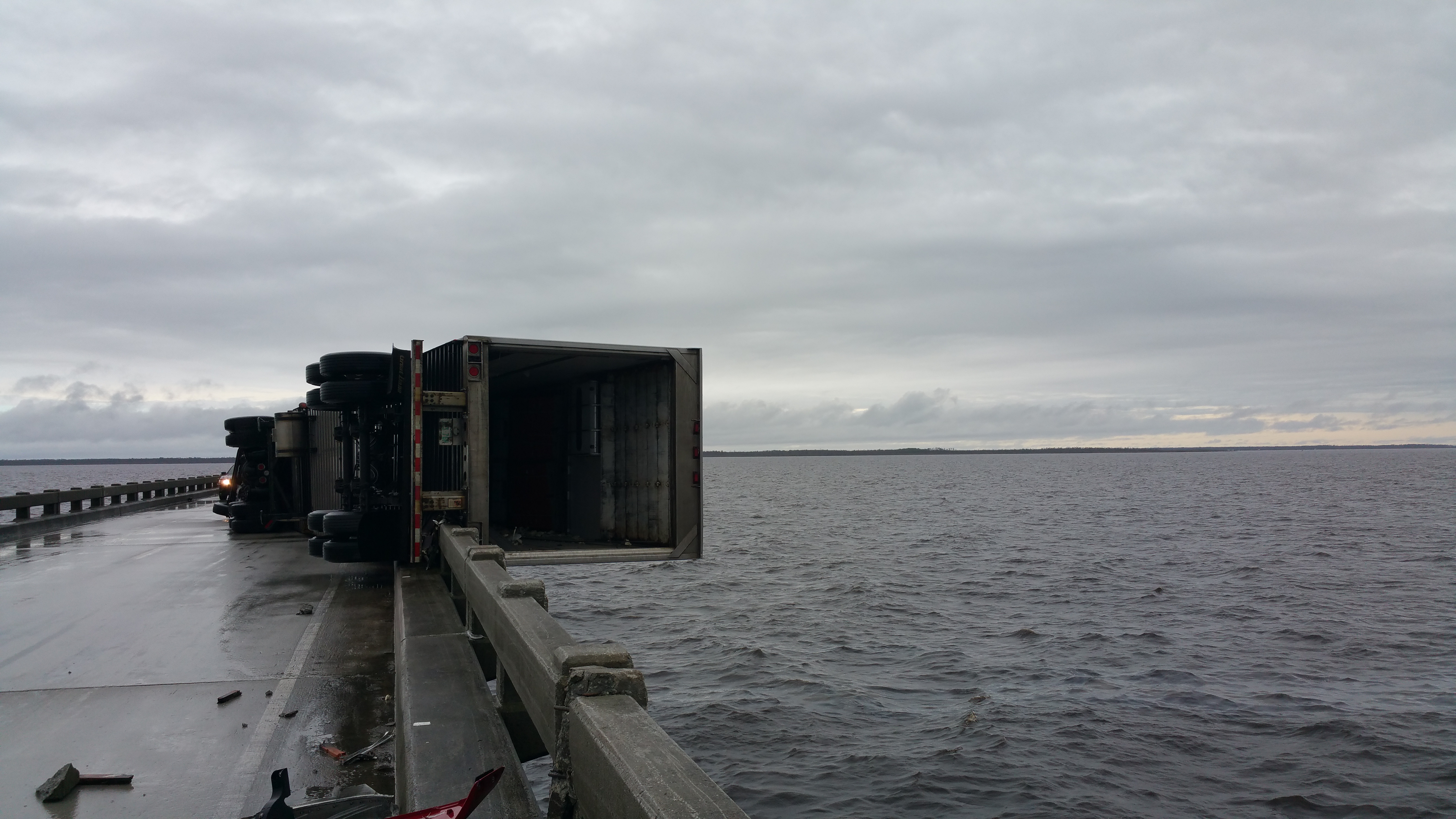 The crash happened around 10:12am, according to the Tyrrell County Sheriff’s Office. Heavy rainfall and strong gusty winds were reported as the storms moved through the area.

The tractor trailer was empty and heading west at the time of the crash, and came to rest with part of the trailer hanging over the railing. The driver was not injured.

NCDOT responded due to fuel leaking from the vehicle. At 1:25 pm the bridge remained closed.