The National Weather Service in Wakefield said Thursday morning that they are dispatching survey teams to those areas to assess damage and confirm any of the tornado reports.

So far, the National Weather Service has identified  six tornadoes.

Here is the breakdown:

One tornado started in the middle peninsula and traveled 28 miles to the northern neck area. The affected counties were King and Queen, Essex, Richmond and Westmoreland. Most of the damage was rated at EF-1 and EF-2 but the tornado did  reach EF-3 intensity on King Road in Essex County where three mobile homes were destroyed. The tornado grew to between 400 and 500 yards wide.

An EF-3 tornado was confirmed near Evergreen in Appomattox County. It was on the ground for 13 miles, starting in Evergeen and ended just west of Holiday Lake State Park. The tornado was about 400 yards wide.

There was also an EF1 tornado in Lancaster County near Moraticco.

Emergency officials reported at least 100 homes were damaged or destroyed from that tornado, including one brick house. Appomattox County Sheriff Barry Letterman confirmed Thursday that 78-year-old Edward Keith Harris died after his home was destroyed. There were at least seven additional injuries from this tornado.

An EF-1 tornado began a few miles south-southwest of Waverly, moved fast through the town and ended about five miles north-northeast of Waverly. Maximum winds were approximately 100-110 miles per hour. 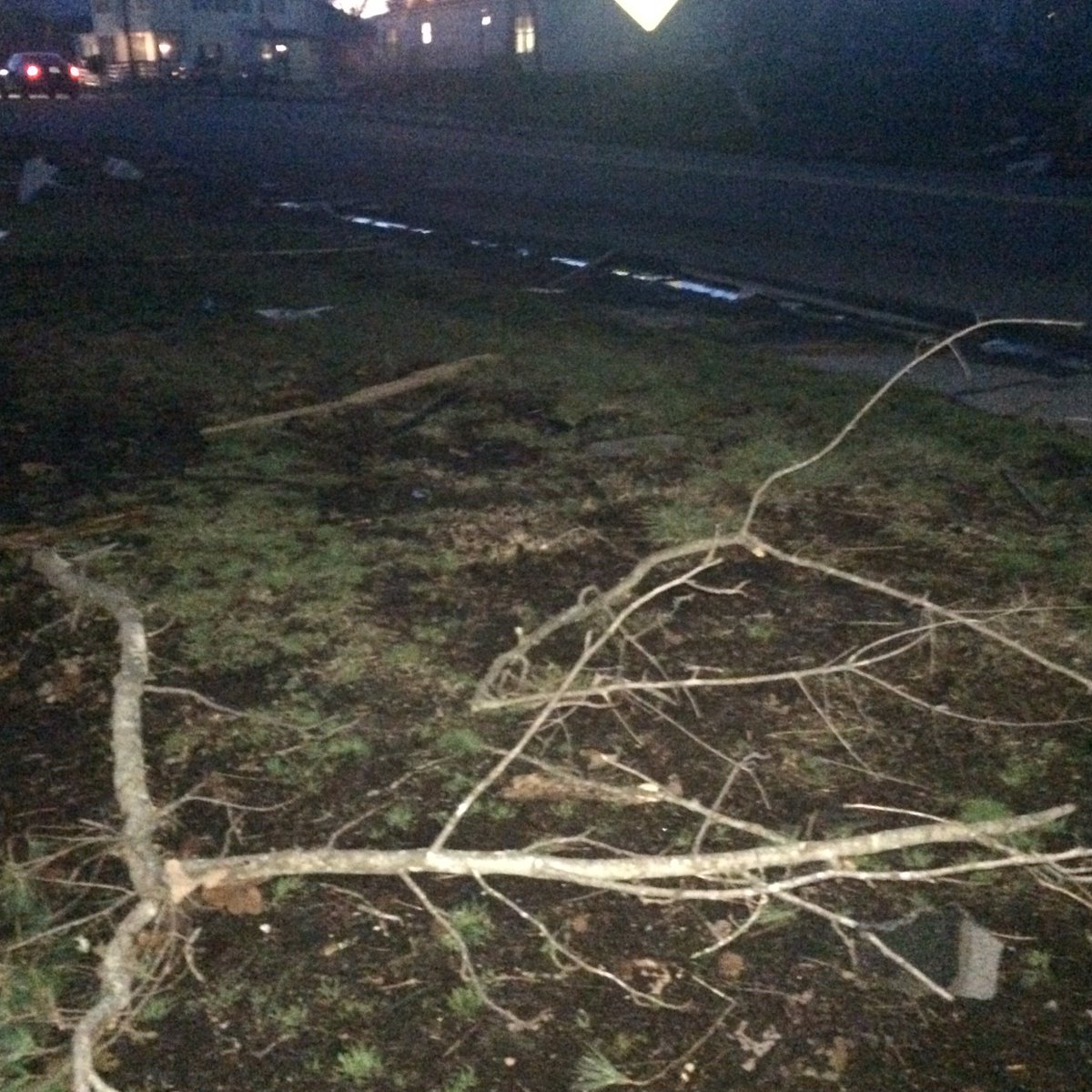 Emergency officials reported seeing a funnel cloud in Waverly around 2:30 p.m. The storm claimed three lives when their mobile home was destroyed by the storm.

Virginia State Police reported at least four other structures were damaged within the Waverly town limits.

Seven other injuries were reported, with at least two being serious.

Several structures were damaged and an unconfirmed number of people suffered injuries.

The Newport News Hazmat Team went to Tappahannock to assist the Virginia Department of Emergency Management with assessing the damage. They’ll also be conducting aerial monitoring.