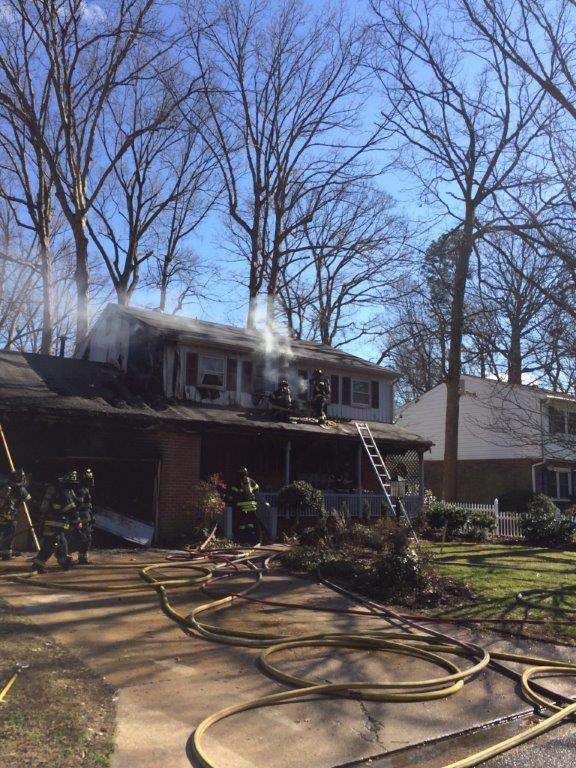 Newport News, Va. – Firefighters responded to reports of a house fire in the 100 block of Corinthia Dr.

When they arrived, fire crews found large amounts of fire and smoke coming from the garage area,  into the second floor of the home.

The man who lives at the home says he heard an explosion coming from the garage area.

When he went to find out what happened, he saw that the garage was on fire.

He then yelled to his wife and they were both able to escape with no injuries.

Crews were able to get the fire under control just before 3p.m.

Due to the damage of the home, it was forced to be condemned.

The cause of the fire is still under investigation