Bank robbery under investigation in Hampton

The robbery occurred at the Hampton Roads Educators Credit Union in the 2100 block of Cunningham Drive.

According to police, a man entered the bank, implied he had a weapon, and demanded money. After receiving an undisclosed amount of cash, he fled the scene on foot, northbound on Cunningham Drive. 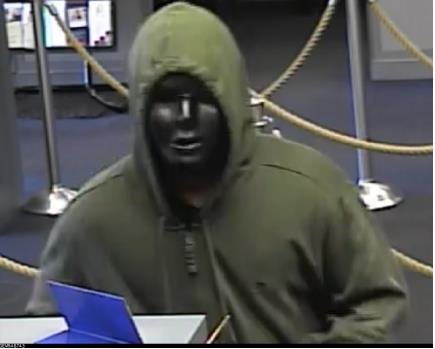 Due to their proximity to the bank, Cooper Elementary School and Eaton Middle School were both placed on a modified lock down for approximately 20 minutes. Both lock downs have been released by police.

The suspect is described as a black male last seen wearing a black mask covering his face, a green hooded sweatshirt, blue jeans and carrying a black and red plastic bag.

Anyone with information that may assist police is asked to call the Crime Line at 1-888-LOCK-U-UP.