Urbanna, Va. - Two people died and 21 boats were destroyed by a massive fire that broke out at the Dozier Yachting Center in Urbanna early Monday.

Virginia State Police say they are investigating the fire as an arson. 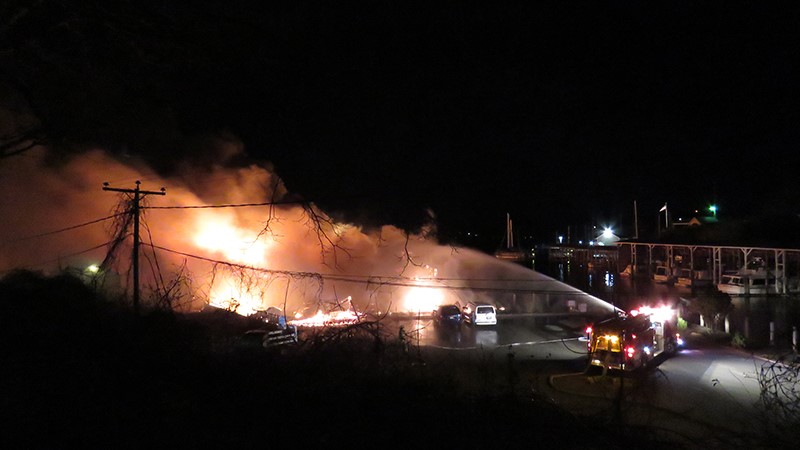 The fire broke out around 4:30 a.m. and quickly consumed a boathouse and storage facility on the property, according to VSP. The two structures were completely destroyed.

Of the 21 boats that were destroyed, one is completely submerged and another is partially submerged. Two cars parked in the marina's parking lot were also destroyed by the fire.

The victims have been identified as 75-year-old Francis Blantz and 65-year-old Julia Blantz.

The Coast Guard is on scene surveying the environmental impacts from the fire.

Beth Justice, a witness living near the marina, tells WTVR that she called 911 when she saw the flames from her home. She says it appeared firefighters were having a hard time bringing the fire under control. She added she saw and heard gas tanks explode as the flames spread.

Fourteen volunteer fire departments from around the region responded to assist Middlesex County Fire and Rescue with battling the blaze. The Coast Guard, Virginia Marine Resources Commission, Virginia Department of Emergency Management and Virginia State Police all responded to the scene. The Coast Guard sent a 45-foot response boat and a helicopter to assist and assess. A York County fire boat and a Hazmat team from Newport News were also dispatched to the scene.