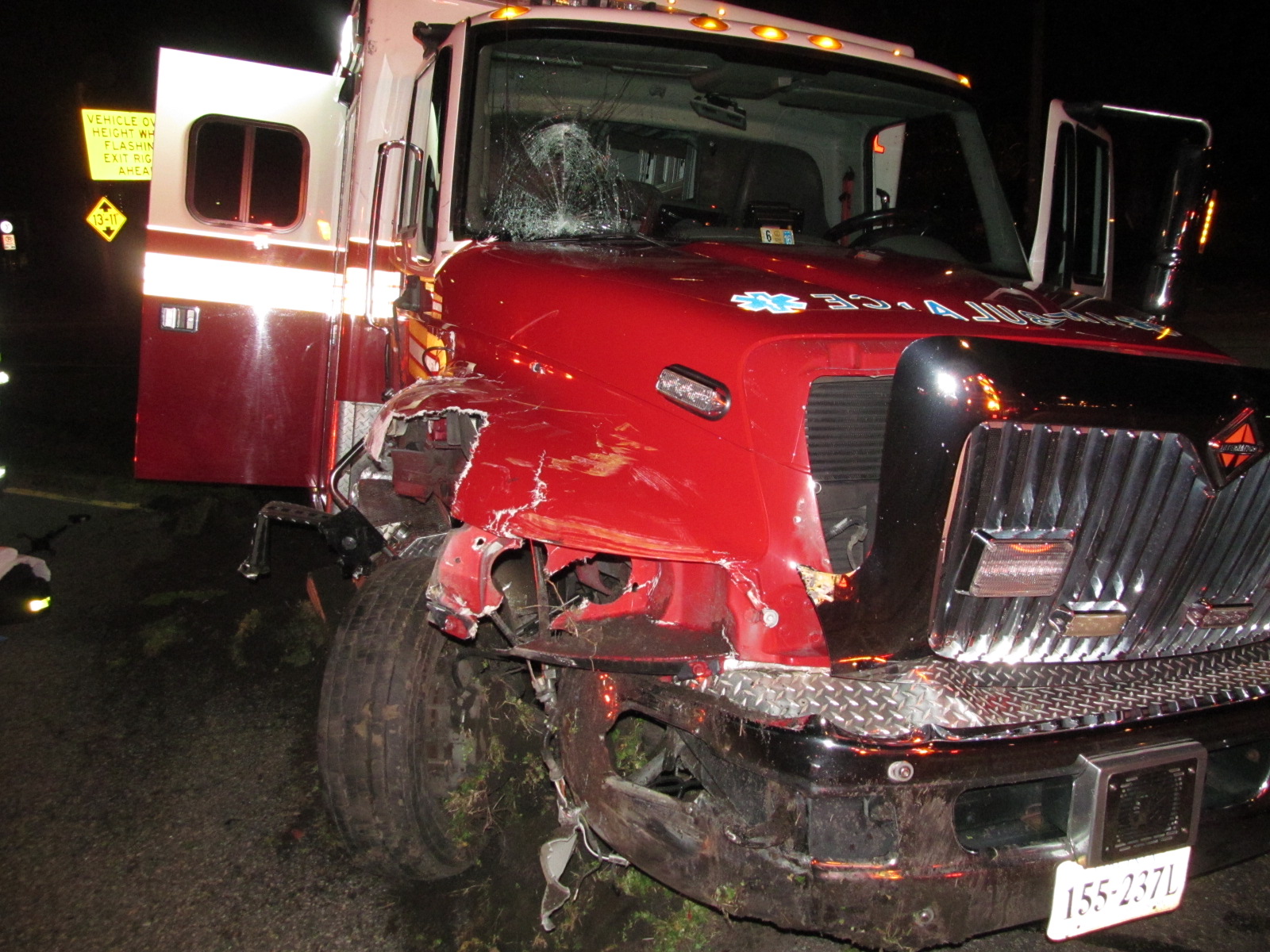 On March 1 at around 1 a.m., officers found the ambulance with major damage and the truck with less significant damage.

The firefighter medics and the patient in the ambulance were taken to a hospital to be treated for injuries related to the crash. All were released.

The driver of the truck was not injured.

Police say the ambulance was traveling north in the left lane on Warwick Boulevard in the area of Mercury Boulevard. The ambulance had no emergency equipment activated.

The International truck merged onto Warwick Boulevard from Mercury Boulevard and tried to turn in front of the ambulance.

The driver of the ambulance tried to avoid the crash, but the truck continued to come into the ambulance’s lane, causing the crash.

The ambulance veered into the median, where it stopped.

Drugs and alcohol were not found to be factors in this crash.

The driver of the truck, 65-year-old James Timothy Davis, was issued a summons charging him with reckless driving.