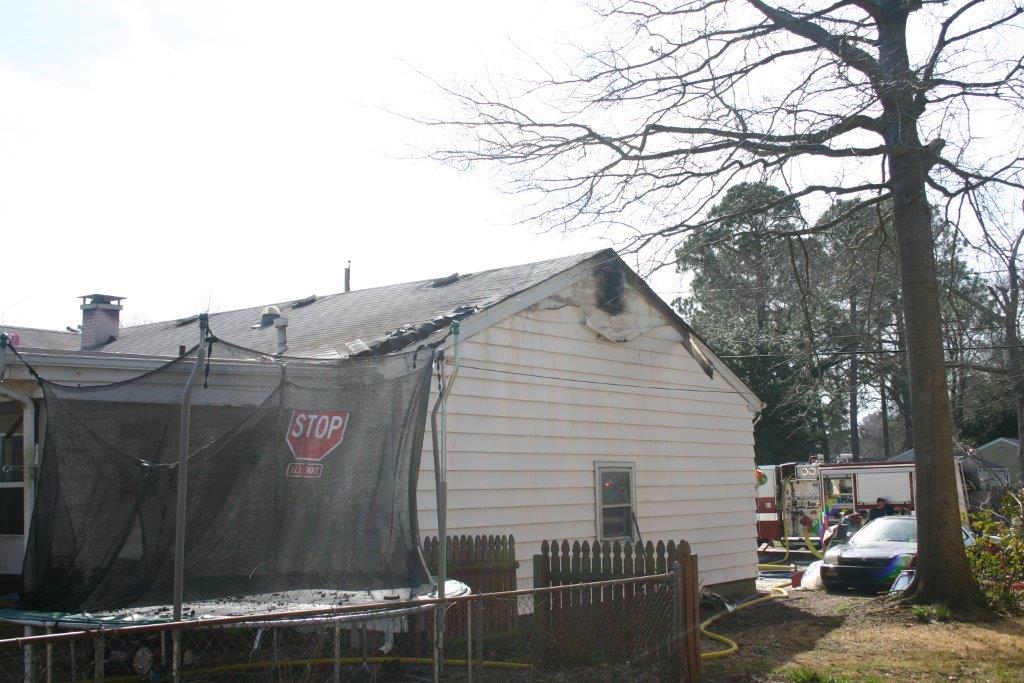 Norfolk, Va. – Norfolk Fire-Rescue crews battled a fire a house in the 8400 block of Portal Road.

A call was received a 1:36 p.m. reporting heavy fire coming from the attic area in the back of the one story home

Battalion Chief Williamson says a contractor working on the roof was operating a blow torch while making repairs on the roof. He noticed sparks falling near a vent pipe on the roof. The sparks ignited roofing materials and insulation from the attic, which caused the fire.

The contractor alerted two women inside of the home and everyone was able to escape unharmed. Several pets were taken from the home by the residents and firefighters found an unharmed pet lizard.

Firefighters were able to quickly extinguish the fire. The fire was deemed under control at 2 p.m., after crews opened the walls and roof to search for any remaining hot spots.

The home had smoke damages, leaving two women displaced. The women are receiving help from the Red Cross.