Newport News, Va. – Police are still looking for a man who tried to rob a bank Wednesday at 12:30 p.m. 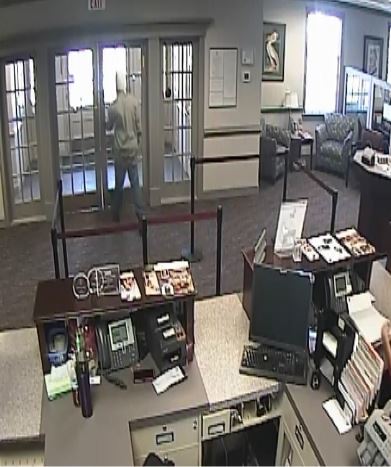 The suspect came into the BB&T Bank located on 737  J. Clyde Morris Blvd, wearing a white hat and a white surgical mask. The man went up to the bank teller with a note demanding money. He did not display or suggest that he had a weapon.

During the interaction, the man became frustrated and left the bank with the note and no money. The suspect left the scene in a vehicle described as a silver or light grey two door vehicle.

The suspect is described as a black male around 6′. He was last seen wearing a grey button down shirt, blue jeans, black/brown boots, white hat and a white surgical mask.

If you recognize this man or know anything about this robbery call Crime Line at 1-888-LOCK-U-UP.