This electric bicycle can go 40 mph

I’ve never been the type of guy to ride a motorcycle. I’m more of the play-it-safe type. Plus, I don’t own a black leather jacket.

It looks, feels and acts like a motorcycle with one big difference: It’s not.

The Bolt has pedals and can limit its speed to 20 miles per hour, so most states consider it an “electric bicycle.”

The bike costs $5,500 — shipping and handling will set you back another few hundred dollars.

Since it’s an e-bike, you can ride it in the bike lane, and you don’t need to look — or pay — for a parking spot. 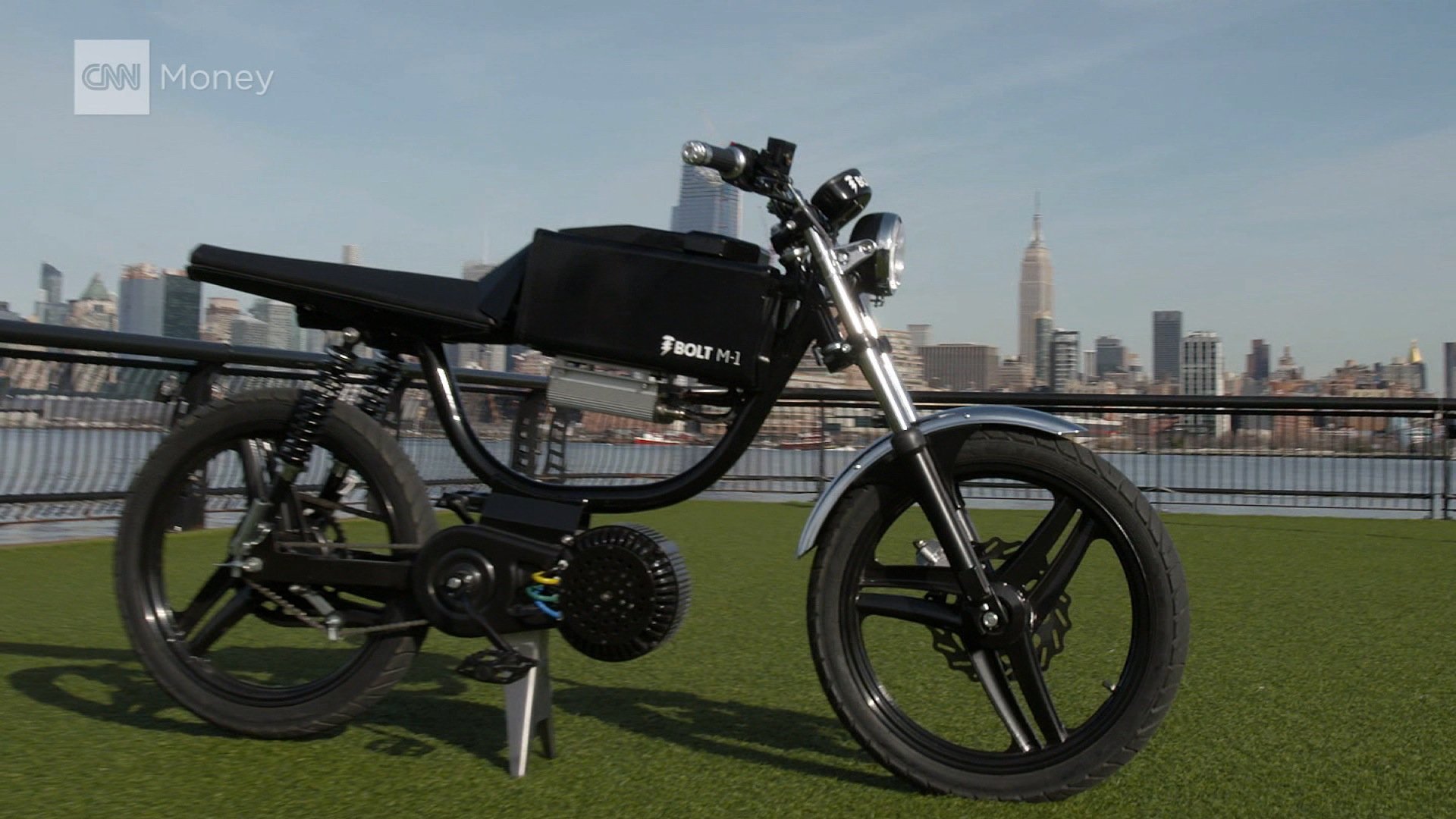 “I park mine anywhere I park a bicycle,” Josh Rasmussen, Bolt Motorbikes CEO, tells me. “Next to a standard sign, I put a U-lock around it. Plus this has GPS. So if your bike is even moved, you get a notification right to your cellphone.”

There’s no keyhole on the Bolt. You power it up with an app on your smartphone or a code on the bike’s dashboard.

And when you’re outside the city, you can switch the bike from economy mode to sport mode and crank up the speed to 40 mph. The battery lasts around 30 miles in hilly San Francisco, where the company is based, but they estimate it can go further in flatter places.

Charging the bike on the go is a bit of a challenge. Even though it uses a standard plug, there aren’t many bike racks with outlets next to them. So you can pull out the batteries from the bike and charge them inside, but that requires a separate $250 adapter.

Bolt is available online, but you probably won’t be able to get your hands on one anytime soon. Demand for these seemingly niche bikes is so high that they’re already sold out for the year.

Riding the Bolt gave me a taste of life on the edge. And it made the environmentalist in me feel pretty good about driving an electric vehicle.

With gas prices so low though, the incentive to buy non-gas guzzlers has taken a back seat … for now.