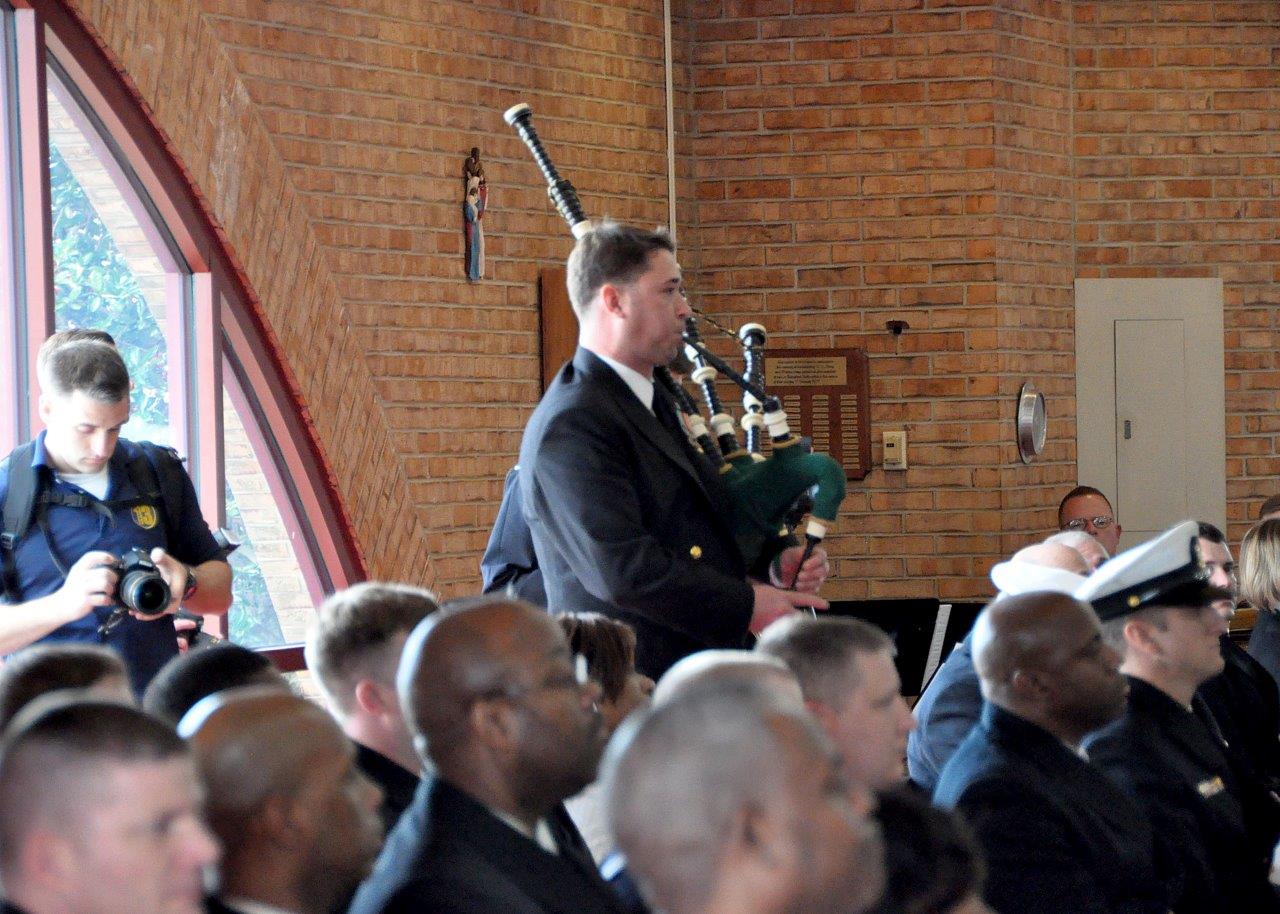 A memorial service was held Friday on Joint Expeditionary Base Little Creek-Fort Story for the Navy’s sixth Master Chief Petty Officer of the Navy.

Here is more info on MCPON Plackett from the U.S. Navy:

During his time in office, he was the driving force behind many initiatives including easily accessible training for command master chiefs, ensuring they’re well-prepared for their leadership roles; leading women’s equal opportunity and integration throughout the force with an emphasis on eliminating sexual harassment; and enforcing the High Year Tenure policy, allowing Sailors upward mobility throughout the ranks.

Additionally, Plackett and his wife Karen hosted the first spouse conference, which discussed eight specific areas of concern for Navy families: the impact of limited family housing, the effectiveness of family service centers, spouse perceptions on quality of life issues, the effectiveness of Navy publications, internal information, spouse employment issues, the Family Advocacy Program, and overseas screening. As a result, OPNAVINST 1752.2 – detailing the Navy’s position and guidance for operating the Family Advocacy Program – was issued, establishing many of the programs used today.

On the eve of his retirement he was asked about the challenges he faced as MCPON.  “The challenge as master chief petty officer of the Navy is to face that new situation, deal with each with dignity, and overcome the problem,” he said. “My goal as MCPON was to do these three years and finish knowing that I have not made any chief petty officer ashamed of being a chief,” Plackett said.

“Hearing the news of MCPON Plackett’s passing was difficult,” current MCPON Mike Stevens said. “Bill was instrumental in tackling some of our Navy’s most challenging issues. If legacy is the lantern that lights the path for others to follow, there is no doubt in my mind that Bill’s path shines brightly today for all Sailors.”

Following his retirement on Sept. 9, 1988, Plackett and his wife returned to their home in Virginia Beach where he worked in the private sector, and remained an active component of the Navy community.

“The Plackett family is in Theresa and my prayers, and we offer our deepest condolences during this most difficult time,” Stevens said.

He is survived by his wife, Karen Plackett, of 53 years; his children, Cheryl White, Richard, Julia, and Brian. He leaves behind seven grandchildren and two great grand children.