At least 32 people were sent to hospitals early Monday after an Amtrak train bound for Chicago from Los Angeles derailed in rural Kansas, the rail line said.

By midmorning Monday, 29 of the injured had been discharged.

Five of the train’s nine passenger cars came off the tracks in Grey County, about 20 miles west of Dodge City, shortly after midnight.

“Reports are that there are no life-threatening injuries,” Amtrak spokesman Craig Schulz said. Later, the train company’s blog said the injured passengers were being treated at hospitals in Dodge City and Garden City.

Schulz didn’t describe the nature of the injuries.

The remaining 99 passengers and 14 crew members were taken to a 4-H recreation center in Cimarron, where the Red Cross and other relief agencies provided assistance. Amtrak said it’s working to find them alternate transportation to their destinations.

It’s also working with BNSF Railway, the operator of the tracks where the derailment took place, in hopes of finding out what caused the accident, the rail line said.

Those with friends and family on the train can call 800-523-9101 for information, Amtrak said.

A National Transportation Safety Board train was scheduled to leave Washington on Monday morning to investigate the derailment, NTSB officials said. 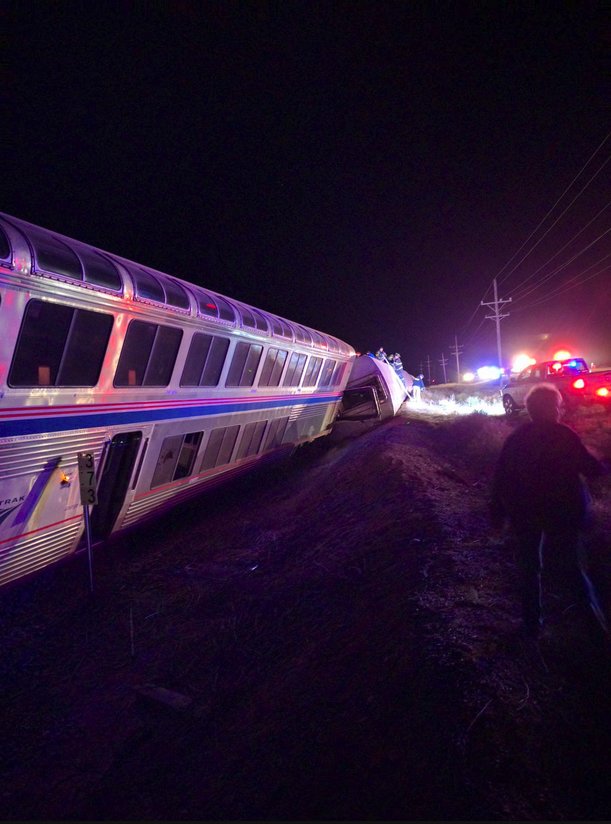