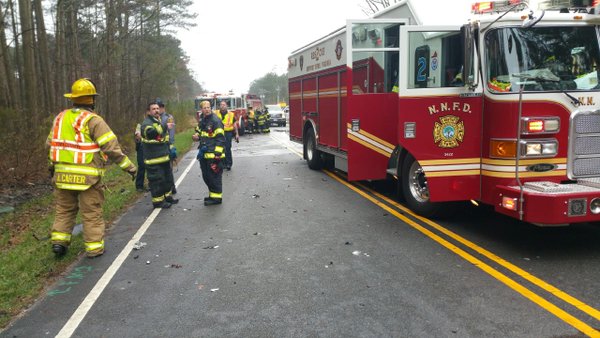 The accident involved two vehicles involved in a head-on collision, according to a tweet from the Newport News Fire Department.

Both vehicles were completely destroyed in the crash. Two people were transported to Riverside Regional Hospital.

Crews from the Newport News Fire Department and York County Fire & Life Safety worked to extricate people from at least one of the two vehicles.

No further details have been released at this time. Additional information will be posted as it becomes available.