It’s a mystery that has evaded the best minds in archeology for decades: the unknown fate of a beautiful queen who ruled over ancient Egypt at the height of its power.

But Nefertiti may be hiding in plain sight, according to a recent theory that’s set the Egyptology world buzzing.

Adding credence to that theory, Egyptian Antiquities Minister Mamdouh El Damati announced Thursday that based on preliminary findings from a radar scan of King Tut’s tomb site, experts are 90% sure they found two new chambers behind the walls of Tut’s resting place.

British archaeologist Nicolas Reeves speculated in August that Nefertiti was buried in one of those chambers.

The scan also revealed metallic and organic material, El Damati said. Experts plan to do additional scanning at the end of the month to determine the size of the chambers and the thickness of the wall, but there will be no digging unless authorities are sure the chambers exist, the minister added.

El Damati has always been skeptical that Nefertiti is in a chamber behind King Tut. He says he believes there’s female royalty behind the boy king, but not Nefertiti. 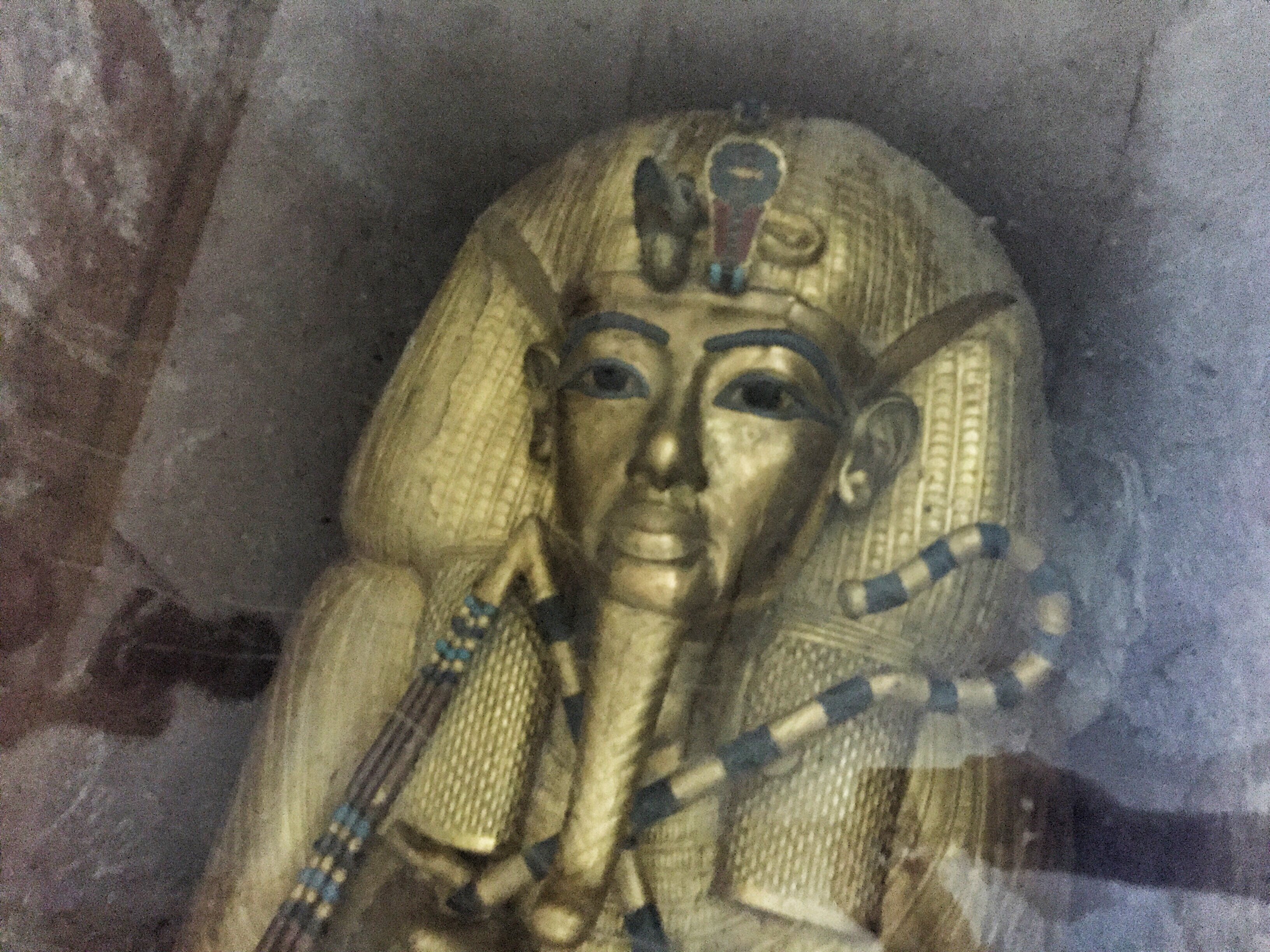 The size of Tutankhamun’s tomb — “less than appropriate” for the final resting place of an Egyptian king — added more weight to the view. Reeves’ hunch is that its unusual size and layout is because it is an extension of an earlier tomb originally designed for a queen, and was repurposed upon Tutankhamun’s untimely death at 19 years old.

Since September, Reeves and his team have been using state-of-the-art surveying equipment to look for a secret doorway on the northern wall that would reveal a previously unknown chamber.

Historians say Nefertiti ruled Egypt alongside her husband Amenhotep IV. But after reigning for 12 years she appeared to have vanished. Some Egyptologists believe she became co-regent under a new name, while others think she may have died.

The search for her tomb has been a long and drawn out process — due in no small part to the extra care needed to avoid damaging the historical site.

“We must find a way to protect the tomb of Tutankhamun,” El Damati told CNN in October. “Does that mean we will dig from above, below or from the side? We don’t know.”

King Tutankhamun’s tomb was discovered by Howard Carter in 1922. Although Tutankhamun was a relatively minor pharoah, his tomb has been a treasure trove for experts and remains the most intact tomb ever unearthed.

Other ideas floated for who might occupy a possible chamber include Kia, said to be Tutankhamun’s mother, or other family members.

But if it is Nefertiti’s final resting place, experts say the finding would be monumental.

“When we find Nefertiti, I think it will be more important than the discovery of King Tutankhamun himself,” said El Damati.