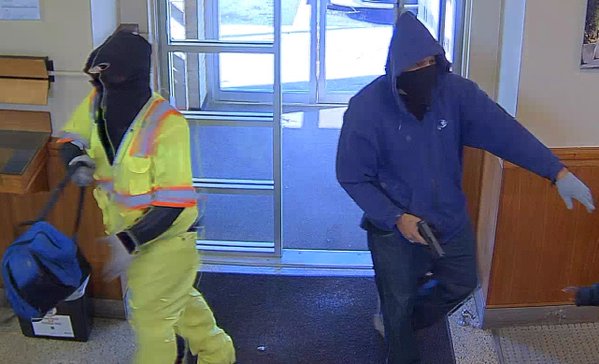 Officers were called to a Wells Fargo bank in the 2400 block of Kecoughtan Road around 10:45 a.m.

According to police, two male suspects entered the bank and demanded money.

The suspects fled from the business on foot, heading north.

The first suspect was described as a black male, who wore a black mask and a reflective vest like those worn on construction sites.

The second suspect was described as a black male who wore a black/gray mask, dark blue jeans and blue shoes.

If you have any information that could help police investigate, call Crime Line at 1-888-LOCK-U-UP.