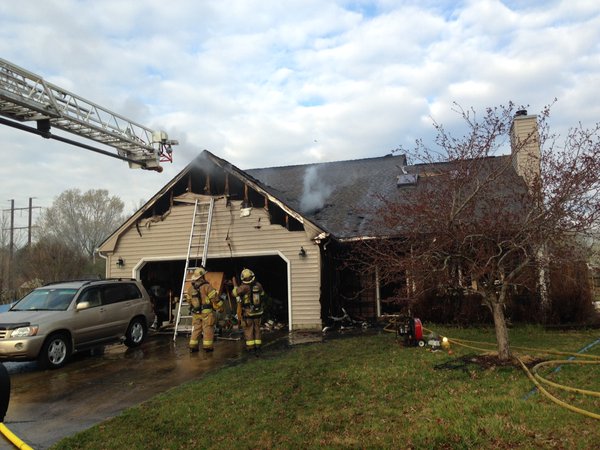 When firefighters arrived, they saw heavy smoke and flames coming from the front of the house.

Three people were sleeping in the house when the fire started.

Two women and a girl were alerted to the fire by neighbors who saw the smoke and flames.

One of the women was treated at the scene for smoke inhalation but wasn’t taken to the hospital. One of the residents said they heard smoke alarms while leaving the house, but said it was the neighbors knocking on the door that alerted them to the fire.

One cat was rescued by firefighters.

The two men who live at the home already left for work when the fire started.

The Red Cross is assisting the five people displaced by the fire.  The cause remains under investigation but is believed to be accidental.