The Norfolk-based aircraft carrier was about 100 miles off the coast on Friday, March 18th when one of the ship's arresting gear cables parted during an attempted landing by an E-2C "Hawkeye" aircraft.

Four of the injured Sailors were flown to Sentara Norfolk General Hospital, where two had been released as of Monday afternoon.

Another two Sailors were taken to Portsmouth Naval Medical Center where one remains hospitalized, while the other has been treated and released.

The final two injured Sailors remained aboard the IKE and were treated in the ship's medical department. One has been released to limited duty, while the other is receiving out-patient care at Portsmouth Naval Medical Center.

An aircraft mishap board has embarked on the shop and is investigating what went wrong.

The Eisenhower Carrier Strike Group has now resumed their Composite Training Unit Exercise (COMPTUEX) in preparation for deployment this summer. 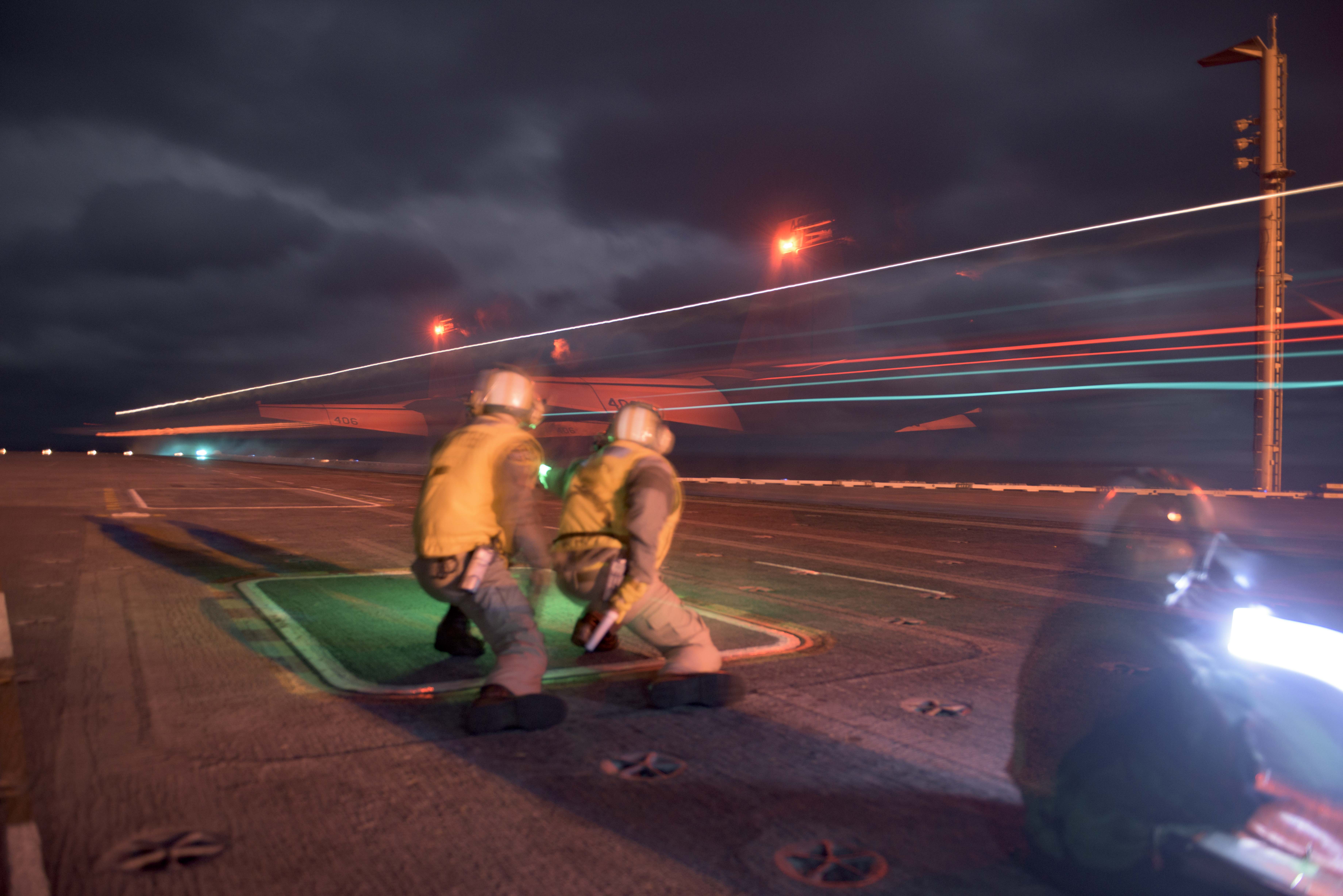