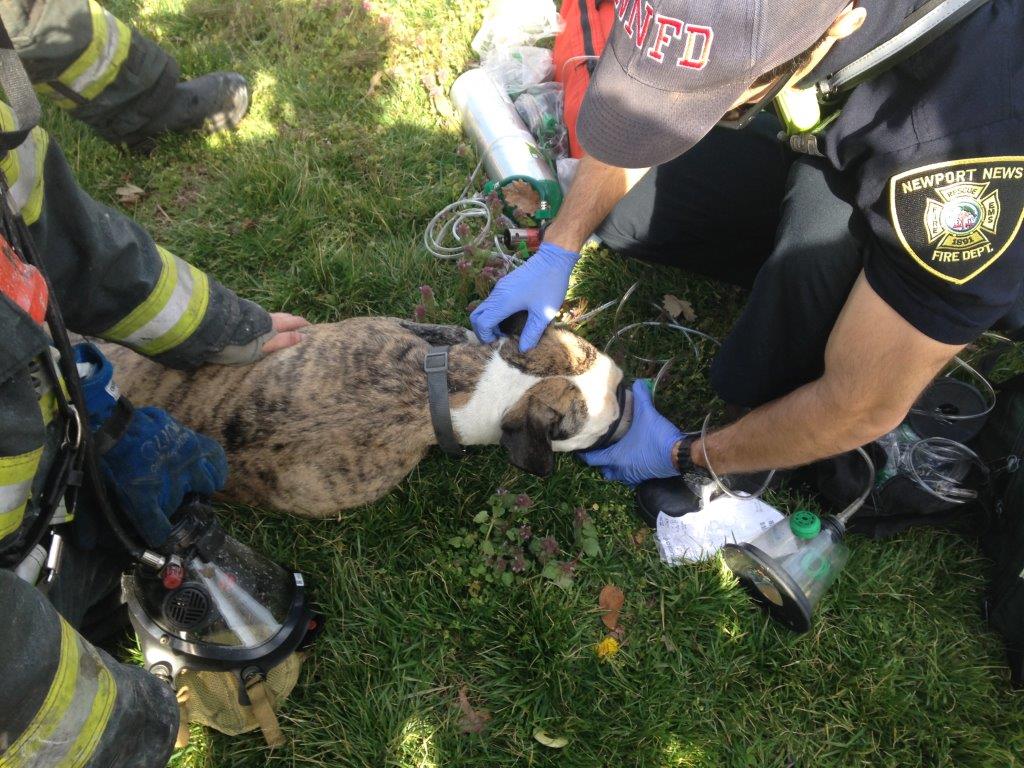 Upon arrival, firefighters found heavy smoke coming from the eaves of a one-story home.

Firefighters found two unconscious dogs inside the home and carried them outside to medics.

The medics put oxygen masks on the dogs and began vigorously trying to stimulate them to breathe again. Both dogs soon began breathing on their own and were able to get up on their own.

Firefighters contained the fire to the kitchen and adjacent eating area but smoke damage was heavy throughout the home, causing it to be condemned.

The preliminary damage was estimated to be around $30,000. Two adults and two children were displaced.