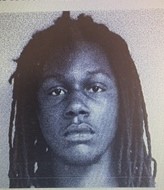 This led them to 32 arrests and a total of 61 narcotics charges.

In February, 15 people were indicted in Accomack County on 27 charges. They are still looking for Byron “Beef” Mears of Accomack County. He is wanted for the distribution of a schedule II narcotic.

In March, 17 people were indicted on 34 narcotic charges on St. Patrick’s Day in a bust called “Operation Lucky Charm.”

Deputies are still searching for Demonne Curtis of Cape Charles and Lawrence Bright of Cheriton.

If you know the whereabouts of any of the wanted individuals, call the Eastern Shore Drug Task Force at 757-414-0746.