Two Americans confirmed to be victims in Brussels attacks

This was the news the family of Alexander and Sascha Pinczowski hoped would never come.

The siblings were in the Delta ticket line at the Brussels Airport to check in for their flight to New York. Alexander was talking to his mother on the phone when the line went dead. They haven’t been heard from since.

Nearly three agonizing days later, word came from Belgian authorities at Astrid Hospital in Brussels. It was a list of the remaining victims who were still alive.

“Sadly, our beloved Alexander and Sascha were not among them,” the family said in a statement Thursday. “We ask for continued prayers and privacy during this time of grieving as we await final closure.”

At least 31 people were killed and about 300 wounded in Tuesday’s attacks at the airport and a subway, authorities say. The victims span 40 nationalities.

Americans were among the dead, U.S. Secretary of State John Kerry confirmed Friday during a visit to Brussels. He didn’t say how many or identify them, but a U.S. official traveling with Kerry said two Americans died.

The stories of many of the victims are emerging as loved ones struggle to know more. 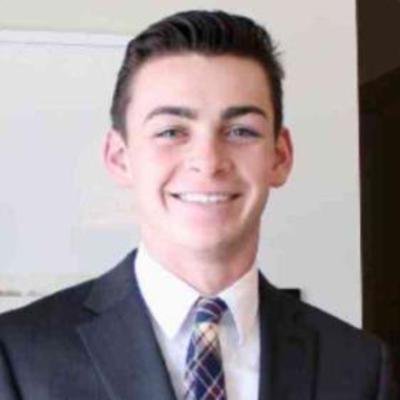 She had lived in Belgium for six years. Originally from Peru, the 37-year-old, her husband and twin 4-year-old daughters waited to board a flight to New York for an Easter holiday family reunion, according to Peruvian media and CNN en Español.

The daughters and husband left the boarding area for a moment. And in that moment, a bomb exploded.

Her family survived. One of the girls had an injured arm but is doing better, their uncle Fernando Tapia told Peruvian media.

Tapia told CNN that his half-sister was a chef and worked with the Peruvian consulate in Brussels to promote Peruvian food.

She met her husband in 2005 during a tourist trip in Puno, Peru. She moved to Belgium with him.

“We never imagined we were going to have to suffer something like this: my sister killed in an inhumane, terrorist act. She had a happy marriage. She loved her husband, her family life and the girls. She left the country to live abroad in search of a better life and found death in such an inexplicable way. It’s something we will never understand,” Tapia said.

The Belgian law student died in the attack, his school, Universite Saint-Louis Bruxelles, said in a statement.

Delespesse was killed in the metro explosion, according to his employer, La Federation Wallonie-Bruxelles, a government ministry serving Francophone Brussels and Wallonia.

“I wanted to pay tribute to him and to his family and to all the other victims,” said colleague Olivier Dradin in a Facebook tribute.

Others posted drawings of a cartoon man, weeping, a broken red heart on the ground. A friend wrote, “Courage to his family, his friends, his colleagues.”

“May his soul rest in peace,” another posted.

Migom was on his way to Athens, Georgia.

His girlfriend, Eisenman, checked to make sure that his train arrived at the airport at 7:30 a.m. It had.

“But I don’t think he ever made it,” she said. “I have not heard from him and neither has his family, who I’ve been in contact with all day. They have been to hospitals and everywhere they can think of but have not heard from Bart. This is not like him. He is a good communicator.”

The couple met last year on a health and fitness retreat in the United States. He and her brother are friends. They started dating on October 29. She remembers the exact date.

He is studying marketing at Howest University in Bruges, Belgium, Emily said, and was living with his mother, two brothers and sister. They haven’t heard from him.

He had booked his flight to visit her in the States.

“I’ve never been to Belgium…” she said.

Laurent’s family believes that he was at the metro station at the time of the attack. They haven’t heard from him since, his cousin wrote on Facebook.

Laurent worked as a sound engineer for film.

Raghavendran Ganesan, an Indian citizen and employee of Infosys, has been missing since the attacks, his brother said.

His brother wrote on Facebook that the Indian Embassy is still searching.

“We are coordinating with @IndEmbassyBru & local authorities to locate our employee in Brussels & are in touch with his family,” Infosys tweeted.

The couple from Tennessee lived in Belgium since 2014. They were dropping off Stephanie’s mother, Carolyn Moore, at the airport.

Moore, who was just about to walk through security, was knocked over by an explosion and is having trouble hearing in one ear.

As of Tuesday night, their families had not heard from the couple and were still awaiting news. Moore is still in Brussels and has been in touch with family in the United States.

Justin Shults’ brother, Levi Sutton of Kentucky, said he woke up on the day of the attacks to texts from his mother. She was asking him to call her.

“It’s the longest day of my life. It’s just frustrating not knowing. Not knowing is maddening,” Sutton said Tuesday.

Stephanie and Justin were both working in Brussels, and are expected to move back to the United States in 2017.

On Wednesday, there was hope that the couple had been found, but Sutton posted a tweet saying the family had been misinformed.

Jonathan Selemani, 25, has been scouring the city’s hospitals looking for his partner and mother of their 1-year-old child.

Fazal, 24, is missing. She took the metro to her university in the city.

“I saw her in the morning, before she went to school, before she was leaving for class,” said Selemani. “Then when I learned the news I immediately started looking for her. I haven’t found her.”

While the siblings aren’t on the list of the living victims at a Brussels hospital, they haven’t officially been declared dead either.

“The family would like to thank the Dutch Embassy and Delta Airlines for all of their support in our search in Brussels,” a family statement said. “We especially thank all of our friends and family, across two continents, for their expressions of love, support and prayers for Sascha and Alex.”

Jim Cain, a former U.S. ambassador to Denmark, told CNN that the Pinczowskis were checking in to board a flight to JFK. Alexander Pinczowski was talking to his mother on the phone when the line dropped.

Marymount Manhattan College issued a statement, saying, “Our hearts go out to Sascha and Alexander’s family and friends during this difficult time, and we fervently hope for the siblings’ safe return home.”

Shai Tertner, founder of Shiraz Events in New York, which formerly employed Alexander Pinczowski and where Sascha was an intern in August, said his family was sad to hear his ex-employee and his sister were missing after the blasts.

“Sascha is a bright, hardworking young woman, with a great career ahead of her and we all hope Sascha and her brother are found alive and well, and send all the love and support to their family and the other families that were affected by this terrible attack,” the statement said.

Both siblings live in the Netherlands, Cain said.

André Adam, a former Belgian ambassador to the United States, and his wife were at the airport when the terror attack happened, according to their daughter Gigi.

Hours after the attack, she learned that her mother was taken to a hospital in Flanders. Her father, she said, is missing.

Gigi has pleaded on Facebook for people to stop calling her unless they have news about her father. Every time the phone rings, her hope rises.

“No news,” she posted. “Thank you…refrain from leaving new messages of sympathy…Every tweet, ping, ring has us trembling just in case…”

Cyombo was at the metro at the time of the attack and has not been seen since, his uncle tells CNN. Cyombo is a student living in Brussels.

Before the attack he sent a text to his younger brother saying he was about to get on the metro at Maelbeek, the station that was targeted.

His family posted on Facebook urging anyone with information about him to get in touch.

“Please come back to us,” they say in the post, adding that they believe in “miracles.”

A cousin said she hasn’t heard from Rizzo. The Italian citizen was at the Maelbeek station, Massimo Leonora wrote on Facebook: “We hope and believe that she is among those that survived, but who still need to be identified. We’re searching for her day and night.”

Italian media report that Rizzo’s grandparents, who are from the Sicilian province of Enna, moved to Brussels many years ago to work and the family stayed in Belgium. Rizzo’s parents have submitted DNA to help identify their daughter, Italian media said.

Bastin’s family believes she was at the Maelbeek metro at the time of the attack and they have not heard from her.

The 29-year-old lives in Brussels but grew up in Liège, where her father is a physician, according to local media. Bastin is “a young woman full of life and always smiling,” friend Ken Charton posted on Facebook. He pleaded for information about her.

Dixon’s family believes he was at the Maelbeek metro.

Dixon’s aunt sent him a text message after the airport attack and he replied soon after that he was fine, Dixon’s longtime partner Charlotte Sutcliffe told The Times of London, European edition. Since then, his family has not been able to reach him, she said.

“He obviously took the train with the bomb, otherwise he would have got to his office,” Sutcliffe told The Times.

Dixon is British. He and Sutcliffe have a son. “I just want him to come home,” she said.

Lafquiri is a physical education teacher at La Vertu School, an Islamic school in Brussels, according to Mohamed Allaf, La Vertu’s school co-founder.

Lafquiri is believed to have been at the Maelbeek metro.

“She was supposed to start at 9:45 but she didn’t show up. We started to worry, thought she was sick. We called and called but there was no answer on her phone,” Allaf told CNN.

Born in Brussels, her parents are originally from Morocco. Lafquiri is married with three sons.

“She was an exceptional woman. She represented the true values of Islam with generosity and caring,” said Allaf.

He said that her family spoke with officials at multiple hospitals and provided DNA samples in the hope of identifying Lafquiri.

Atlegrim’s friends and family believe she was in the metro at the time of the attacks. The 31-year-old Swedish woman has lived in Brussels for many years.

She studies at École Nationale Supérieure des Arts Visuels de La Cambre and works as an illustrator, according to her Facebook page. Friends have described her as tall and thin with large eyes.

“The sweetest of all, help us find her,” Frédérique Halbardier posted on Facebook.

Vansteenkiste was in the airport, her family has said on social media. The family are holding out hope but are prepared for the worst, Vansteenkiste’s daughter wrote on Facebook.

Vansteenkiste’s car is still at Brussels Airport, where she also works, her friend Marianne Couderé wrote on Facebook.

Panasewicz was on the metro about the time of the attacks, Anabelle Schatten wrote on Facebook.

Originally from Poland, she is described as having a scar from a recent thyroid surgery and was believed to be wearing black pants and a gray jacket.