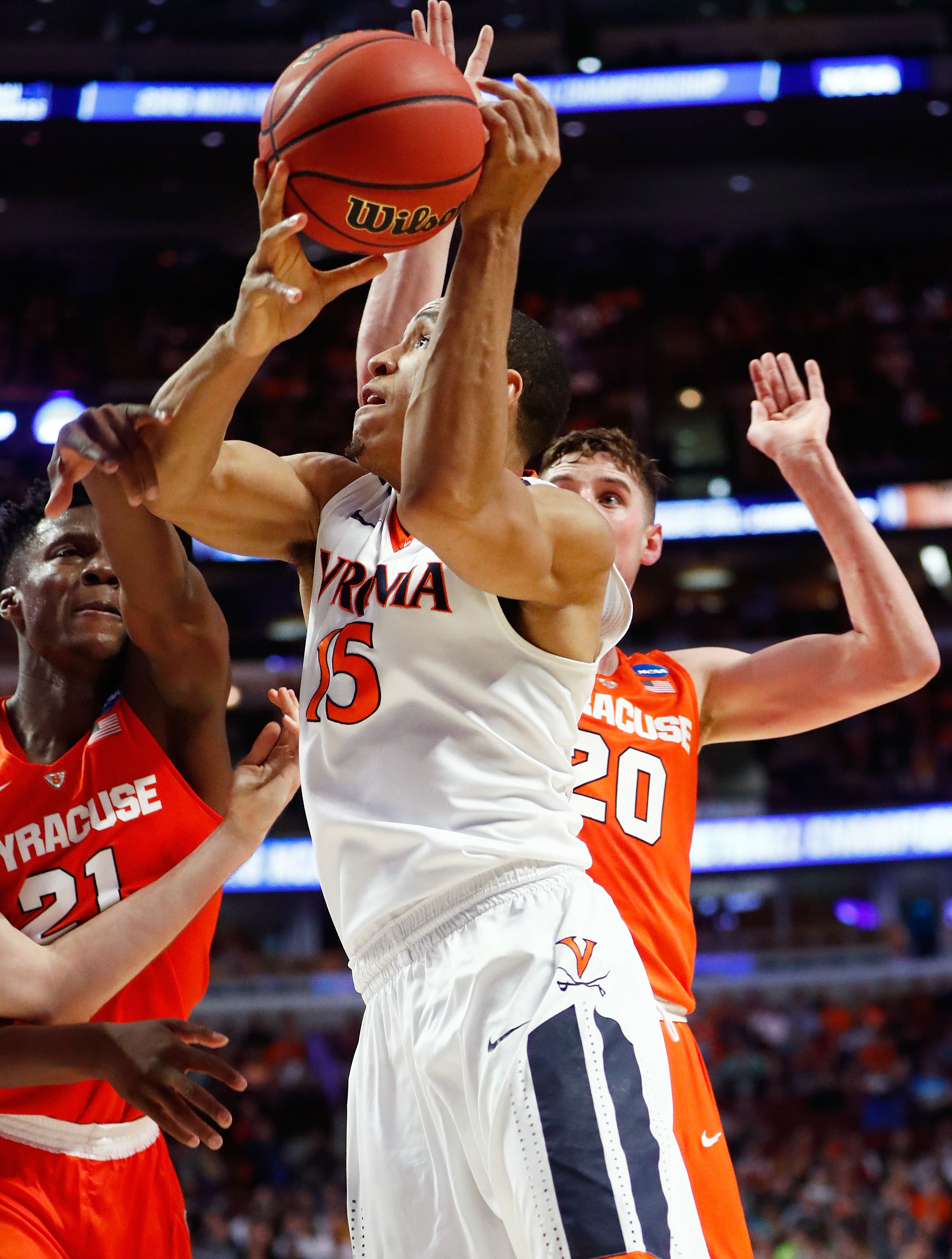 Chicago, IL. – After an amazing comeback win by Syracuse University, they become the first 10-seed to reach the Final Four in NCAA history.

Syracuse trailed University of Virginia at the half 54-39 before they started their comeback.

Virginia’s ACC player of the year Malcolm Brogdon had only 12 points and went 2 of 14 shooting in his last collegiate game.

London Perrantes led the Cavaliers with 18 points 15 of them were scored in the first half.

This tournament run for The Orange comes after a difficult season for the team, where coach Jim Boeheim was suspending for nine games after a NCAA investigation.

The Cavaliers blew their  chance to win within the final seconds when Michael Gbiniji went 1 for 2 at the free throw line.

Virginia committed 13 turnovers in the game which sparked Syracuse’s 15-0 run.

The Orange now head to Houston for the Final Four where they will take on the University of North Carolina Tarheels.

As for they Cavaliers they head back to Charlottesville, after their successful season comes to an abrupt end.

Syracuse lost twice against the Tarheels in their only two meetings, so they will go in as underdogs for this Final Four match up.

But as they proved to the nation last night playing the underdog role means nothing to them.