Attempted robbery of Virginia Beach Check Into Cash under investigation 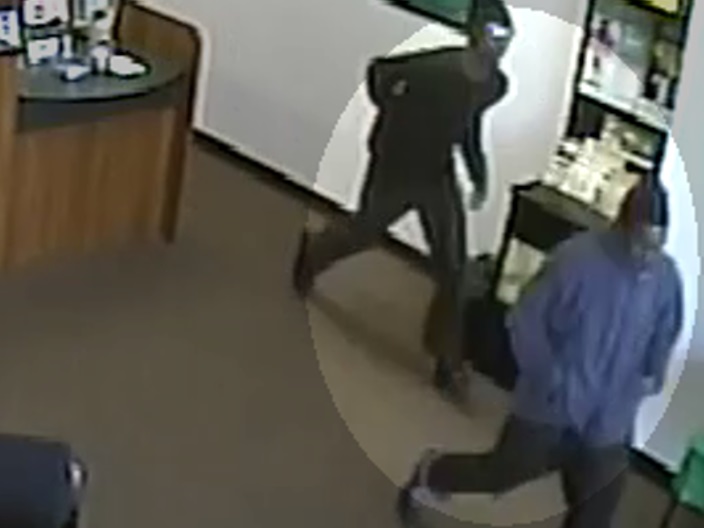 Virginia Beach, Va. – Virginia Beach Police are investigating an attempted robbery that occurred Monday, March 28 at the Check Into Cash at 5394 Kempsriver Drive.

Police say around 6:10 p.m., two men entered the store, implied they had weapons and demanded money from employees.

When the employees were unable to provide them with money, the men fled.

The first suspect is described as a black male, 20 to 25 years of age,  approximately 5’ 8” tall and weighing approximately 150 pounds.  He was wearing a dark hat, dark shirt and dark jeans.  He was clean shaven.

The second suspect is described as a black male, 20 to 25 years of age, approximately 5’ 6” tall and weighing approximately 160 pounds.  He was wearing dark pants and a light colored t-shirt.

Anyone with information regarding this crime is encouraged to call Virginia Beach Crime Solvers at 1-888-LOCK-U-UP.