Norfolk, Va. – The Ringling Bros. and Barnum & Bailey circus is donating $10,000 to Children’s Hospital of the King’s Daughters.

Entertainers from the Ringling Bros. came to CHKD to entertain the children and their families on April 1.

“At Ringling Bros., we focus on entertaining families and giving back to the communities where we perform every week. In addition to the financial contributions made by Ringling Bros., Norfolk Scope will join us in bringing our performers directly to CHKD to entertain families who aren’t able to make it to the show,” said Alana Feld, executive vice president of Feld Entertainment and producer of Ringling Bros. and Barnum & Bailey.

The Ringling Bros. are hosting a performance at the Norfolk Scope dedicated to honoring CHKD and 100 special hospital guests on April 1 at 7:30 p.m. They will be raising awareness about the national cancer research conducted by Dr. Joshua Schiffman, a pediatric oncologist who is studying DNA from elephants at the Ringling Bros. Center for Elephant Conservation. Scientists are studying what makes cancer resistance possible in elephants and how it may correlate to treatments for pediatric cancers. 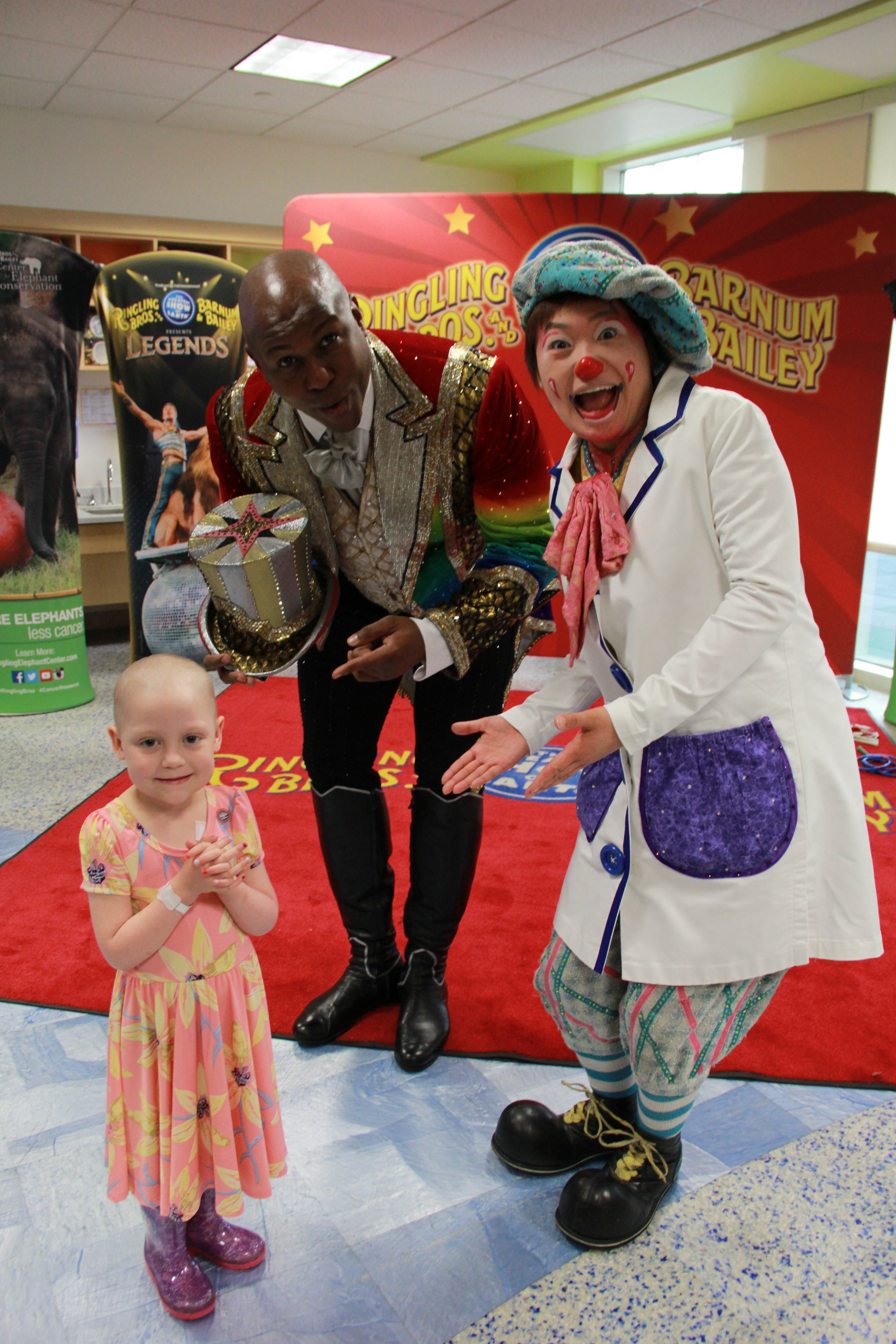 “Twenty years ago, we founded the Ringling Bros. Center for Elephant for Conservation in order to preserve the endangered Asian elephant for future generations. Little did we know then that they may hold the key to cancer treatment, and we’re tremendously excited to be a part of it,” said Kenneth Feld, chairman and CEO of Feld Entertainment.

In a total of 50 cities, Ringling Bros. and Barnum & Bailey will donate $10,000 to a local children’s hospital or treatment center in 50 cities. The Ringling Bros. Children’s Fund will match each donation with an additional $10,000 to the Intermountain Foundation at Primary Child’s Hospital in Utah and Dr. Schiffman’s work with the pediatric cancer research program.

The Primary Children’s Hospital, the Department of Pediatrics and Dr. Schiffman, the Ringling Bros. Children’s Fund and Ringling Bros. and Barnum & Bailey together will be donating more than $1 million to support cancer research and to care for children stricken by the disease.