Authorities received the call on April 7 at approximately 11:15 a.m.

According to investigators, two black men came into the store and held several employees at gunpoint while they stole merchandise.

The suspects left through the back door. 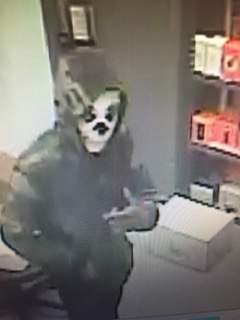 The case is being investigated by the Virginia Beach Police Department's Robbery Unit.

In February, the AT&T store on Virginia Beach Blvd near Town Center was also robbed by two men wearing similar disguises. Police say they are investigating to see if the two robberies are connected and if there are any possible leads.