Virginia Beach, Va. -  Crews in Virginia Beach responded to a house fire in the 1700 block of Lovetts Pond Lane on Sunday evening.

Officials say the fire started in a detached garage and spread to the house.

Wind was not a factor. The garage was close to the house and fully engulfed. 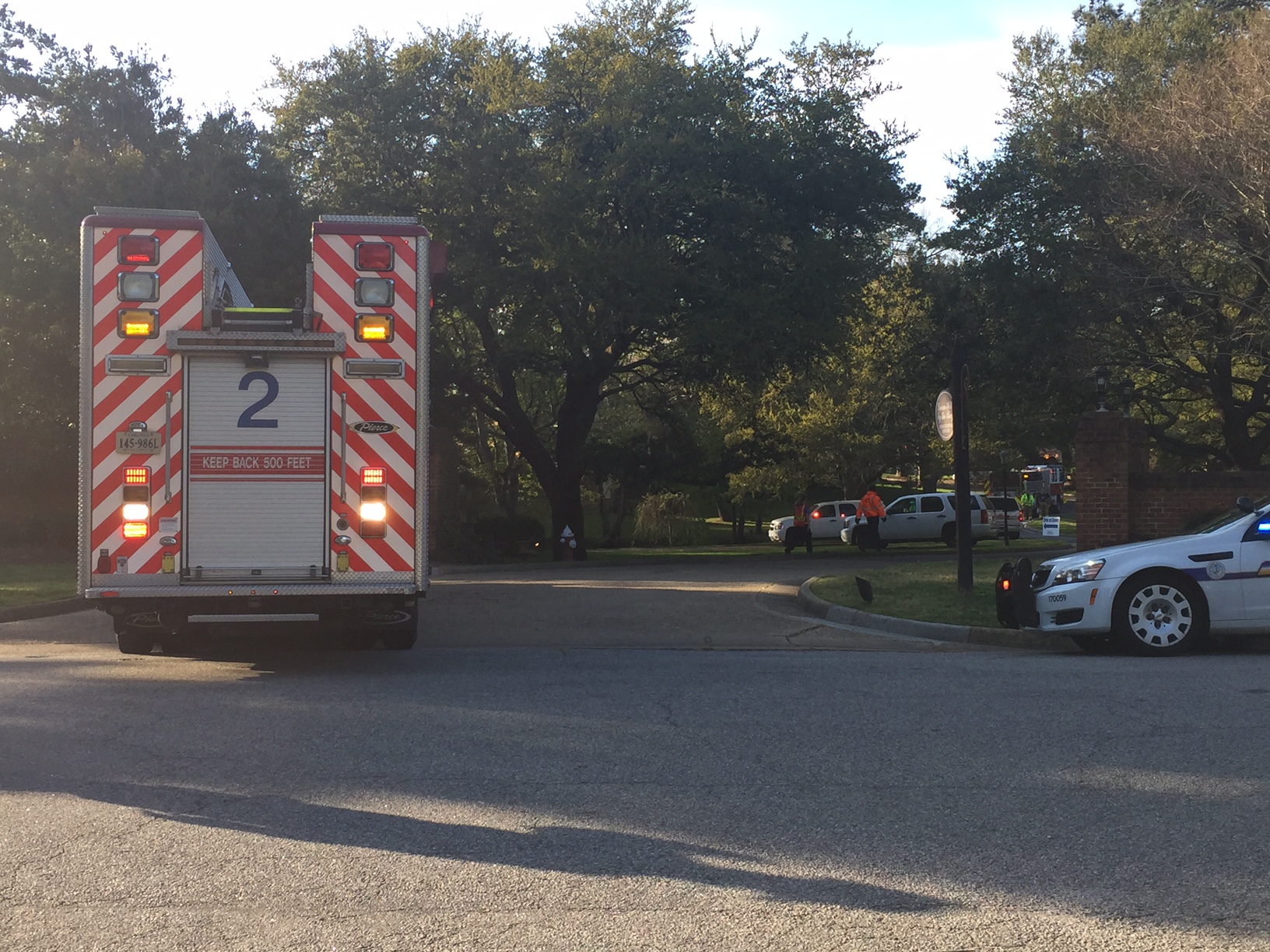 The residents made it out safely.

They were inside watching TV and were alerted to the fire inside of the garage by neighbors banging on the door.

John Green was out walking his dog when he spotted the fire.

“I saw smoke kind of coming out of the front corner of the detached garage, the large structure they have over there,” Green explained. Thought somebody was maybe burning leaves or doing something over at the middle school.”

But as he got closer, Green says he saw flames working their way up the side of the garage.

“Soon as  I  realized, scooped up the dog, ran to the front door and banged on the front door to make sure the folks in there knew. I yelled `hey, got a fire in the garage.’”

It took fire crews about an hour to get the fire under control.  No word on how much damage there was inside the house.

There's no word on what caused the fire.