Beverly Cleary, the children’s author whose books about Ramona Quimby, Henry Huggins and others captured the spark and struggles of “kids like us,” doesn’t mind if you celebrate her birthday.

Now living in a retirement community in Carmel, California, Cleary plans to celebrate with a slice of carrot cake. But it’s fine if others celebrate, including the “Drop Everything and Read” effort sponsored by her publisher.

“Go ahead and fuss,” she told the Washington Post of her centennial birthday. “Everyone else is.”

This year, HarperCollins published new editions of three of her best-known books — “Henry Huggins,” “Ramona Quimby, Age 8” and “The Mouse and the Motorcycle” — with introductions by Judy Blume, Amy Poehler and Kate DiCamillo. 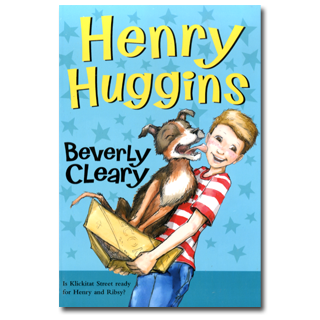 DiCamillo, a renowned children’s author herself, becomes a superfan when asked about Cleary.

Cleary’s protagonists were pests, goody-goodies, bullies and daydreamers, sometimes all at once. She mined memories of her youth and the struggles of kids she knew to capture children’s views of the adult world, where fathers sometimes lost their jobs and mothers sometimes parented alone.

“I was so annoyed by the books in my childhood because children always learned to be better children, and in my experience, they didn’t,” Cleary said in an interview for her publisher, HarperCollins. “They just grew.”

Cleary was born Beverly Bunn in McMinnville, Oregon, on April 12, 1916, and raised on a farm in the nearby town of Yamhill.

With no library in town, Cleary’s mother requested reading materials from the state library. In the evenings, she read aloud myths, fairy tales and travel books, sparking her daughter’s love of stories even as she struggled to read.

When the Bunn family moved to Portland, Oregon, a school librarian encouraged young Beverly to write children’s books. The advice stuck with her through her studies at what’s now Chaffey College in California, the University of California, Berkeley and the University of Washington in Seattle, where she studied librarianship. She married Clarence Cleary in 1940 and began to work as a children’s librarian.

Cleary often heard young people, especially boys, ask for books about “kids like us” and remembered her own early reading struggles and disappointment with books available to her.

Her first book was “Henry Huggins,” about a newspaper delivery boy and his dog, Ribsy. It was published in 1950, quickly became a hit and led to dozens more books and beloved characters, including sisters Ramona and Beezus Quimby, Ralph S. Mouse and Socks the cat. Her twins, Marianne and Malcolm, inspired her book, “Mitch and Amy.”

Her last book, “Ramona’s World,” was published in 1999, decades after the perpetually bratty little sister debuted in “Henry Huggins.”

Cleary told The New York Times that Ramona is her favorite character but isn’t really like Cleary as a child.

“I was a well-behaved girl,” she said, “but I often thought like Ramona.”