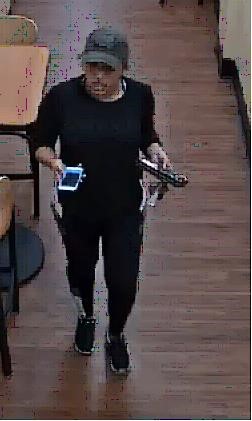 Police did not elaborate on the assault incident.

The male suspect is described as a black male believed to be in his mid-twenties, approximately 5’11”-6’2”, 225 pounds with a full beard. The male subject was wearing a white t-shirt, a black ball cap with the Chicago Blackhawks emblem on the front, grey sweatpants and  black & white, “Vans, Old Skool” shoes.