Man’s first words after waking up from coma: ‘I want Taco Bell’

FLORIDA – A Florida man woke up hungry with just one thing on his mind. “I want Taco Bell” were the first word’s out of Jake Booth’s mouth.

The 35-year-old Army veteran was hospitalized in February after suffering a heart attack and two bouts of pneumonia. His condition worsened and finally he fell into a coma.

After waiting 22 days while recovering from the intubation and tracheotomy, Booth finally got his meal – 8 and 1/2 Crunchy Tacos. (Wake the Jake)

Worried he might never again open his eyes, his family was thrilled when he regained consciousness at the Tampa General Hospital. His first words, however, were not what they expected to hear.

“He actually said, out loud, ‘I want Taco Bell,'” Booth’s older brother Jason Schwartz told USA Today. “That was the very first thing he said . . . when he starts getting into a full sentence, he can’t do it. But when he does one or two words at a time, you can definitely understand him.”

The father of two had to recover sufficiently over the next three weeks from the tracheotomy and intubation, but, after 22 days, he got the feast that he wanted – possibly the 8 and 1/2 most delicious Crunchy Tacos ever. 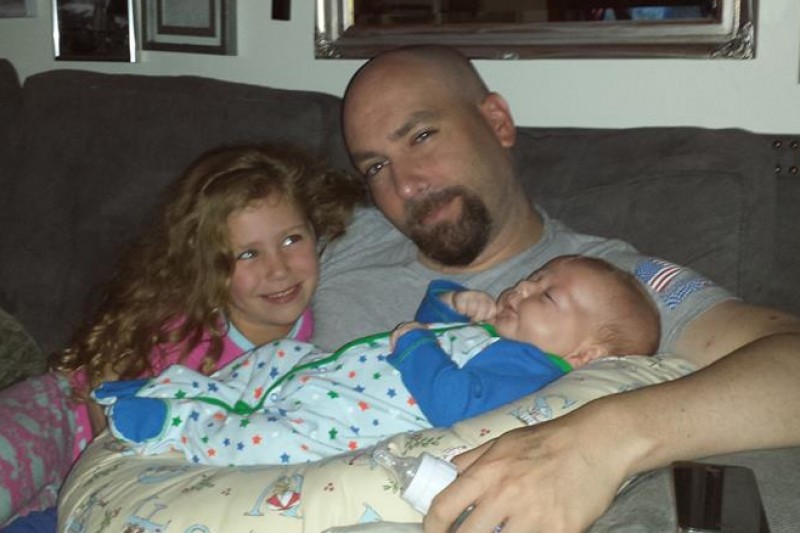 After 48 days in a coma, Florida Army veteran and father of two, Jake Booth, awoke with Taco Bell on his mind. (Wake the Jake)

The social media mavens at Taco Bell spotted Booth’s story on Reddit and on social media, and hooked him up with a care package of swag.

Booth is still recovering, and his brother set up a GoFundMe account to help pay for his hospital stay and rehabilitation, to which he hopes the company will also donate.