HAMPTON, Va. - A suspect is in custody after leading Virginia State Police on a chase in Hampton and firing several shots at a trooper, according to police.

Virginia State Police have identified him as Markese L. Lewis, 27, of Newport News.

He is facing a long list of charges including attempted capital murder of a law enforcement officer.

Online court records show that a man with the same name and date of birth was previously found guilty of voluntary manslaughter in 2009 and sentenced to seven years in prison for the shooting death of a 15-year-old boy. The initial charge was for first-degree murder.

The incident Saturday started around 6:49 p.m. when a trooper saw a 2002 Ford Explorer almost hit another vehicle while traveling north on Armistead Ave. near the I-64 ramp in Hampton.

According to police, the driver of the Explorer refused to stop and instead got onto the I-64 ramp heading west.

The trooper took off after the driver.

At one point, police say the driver of the Explorer used the right shoulder to get around traffic and then abruptly stopped on the shoulder.  As the trooper pulled up behind, the Explorer sped away a second time and took the ramp for I-664 west.   The Explorer then exited the interstate at Powhatan Parkway. 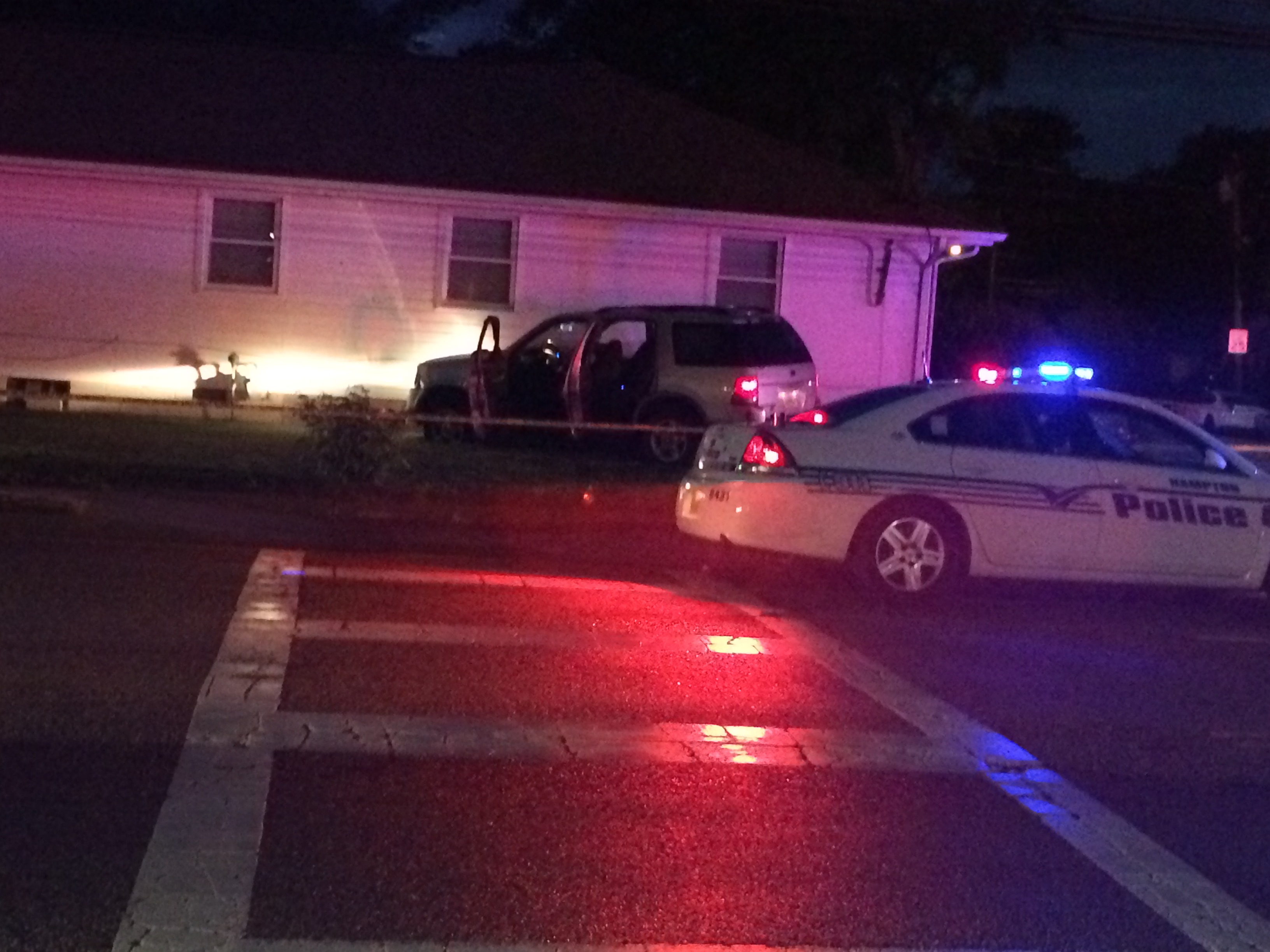 Eventually, the driver of the Explorer ran off the road and into a home at Briarfield Road and Glenrock Drive.

According to police, when the trooper pulled his marked patrol car behind the SUV, Lewis got out and began shooting at the trooper.

The trooper's car was hit several times, but the trooper was not injured.

Police say Lewis ran away and Hampton Police were called in to help search for him.

According to state police, a Hampton officer found Lewis and fired a single shot while trying to take him into custody.

Neither the suspect nor any officers were injured, according to police.  Hampton Police is conducting an internal and criminal investigation regarding the single shot that was fired by the Hampton Police Officer.

Lewis was taken into custody on Briar Dr. shortly after 7 p.m.

He is charged with attempted capital murder of a law enforcement officer, possession of a firearm by a convicted felon, use of a firearm in the commission of a felony, one felony count of eluding law enforcement, reckless driving, one felony count of hit and run, driving on a suspended license, and for failing to wear a seat belt.  Lewis is being held without bond at the City of Hampton Jail.