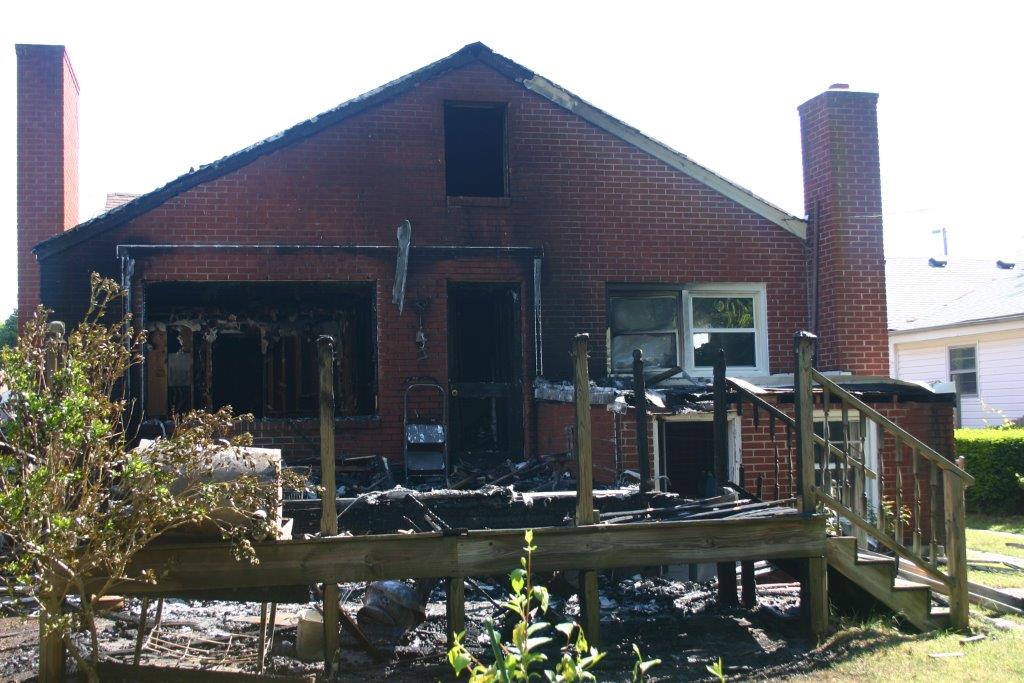 Dispatchers say calls reporting the fire came in at 1:19 a.m.

Fire crews responded to the scene within four minutes and reported smoke and flames coming from the back of the home.

It was discovered that the deck was fully involved in flames and the fire had extended into the house.

Firefighters entered the home with hoselines and and found heavy fire in the kitchen and a back room. They were able to contain the fire in that area until it was extinguished at 1:49 a.m.

Due to fire and smoke damage, the home is uninhabitable at this time. While the fire was contained to the area of origin, heat radiating from the flames on the exterior damaged the vinyl siding of an adjacent home.

No one was injured. Smoke detectors had alerted the man and woman living inside the home and they were able to self-evacuate. They have not requested assistance from the Red Cross.