One killed in four-vehicle crash in Isle of Wight Co.

ISLE OF WIGHT CO., Va. – Virginia State Police say one person was killed in a four-vehicle crash in Isle of Wight County on Thursday morning.

The crash occurred on Route 32 at the intersection of Route 17 at approximately 8 a.m.

A passenger in the back seat of the car hit by the tractor-trailer was taken to the hospital with major injuries, where she later died. The victim has been identified as Anna Mae Eley.  Eley was not wearing her seat belt at the time of the crash.

In addition to the fatality, four other people were injured in the crash and are expected to be okay.

Butner has been charged with reckless driving. Other charges may be pending.

Alcohol did not play a factor in the crash. 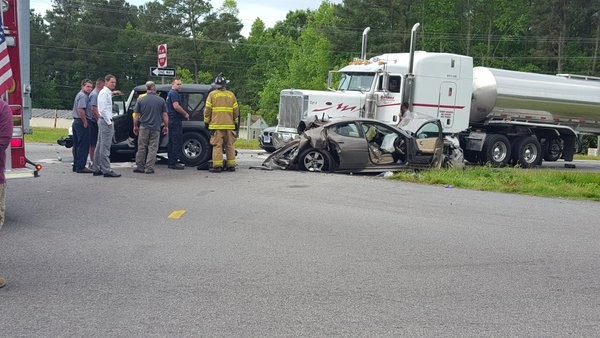