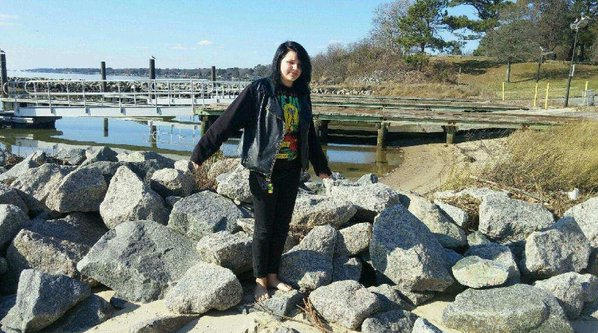 Authorities believed the two teens were endangered because they previously made threats to hurt themselves. Detectives believed Ashleigh and Edward are together and were last seen in the Churchland area of Portsmouth.

Ashleigh Eaton is described as a white girl, approximately 5’4″ to 5’5″ tall and weighs between 120 to 130 pounds. She has blue eyes and blue hair. She also has a nose ring and a mole on her upper lip. She was last seen wearing gothic style clothing.