NORFOLK, Va. - A vigil was held for 43-year-old Willie James on Friday night.

James was shot and killed by two Norfolk Police officers on Thursday. Police said James was armed with a knife and lunged at officers.

Community leaders gathered outside the home on Chapel Street where James, "Meek Meek," was killed, for prayer and a rally.

His family told News 3 that they want to see the body camera video of the incident and have a separate organization come in to investigate, not just Norfolk Police.

In a news conference on Thursday, Chief Goldsmith said he is fully confident in the department handling the investigation.

He also said it was too early in the investigation to release the body camera video. 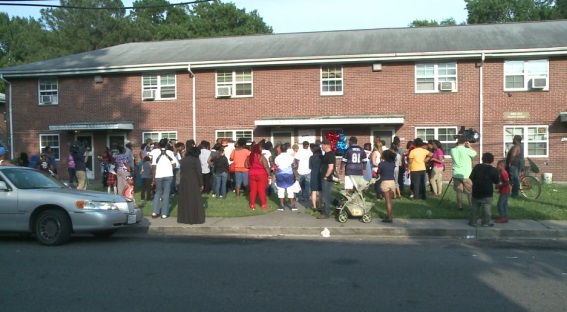 Norfolk Police: Man lunged at officers with knife before he was shot, killed