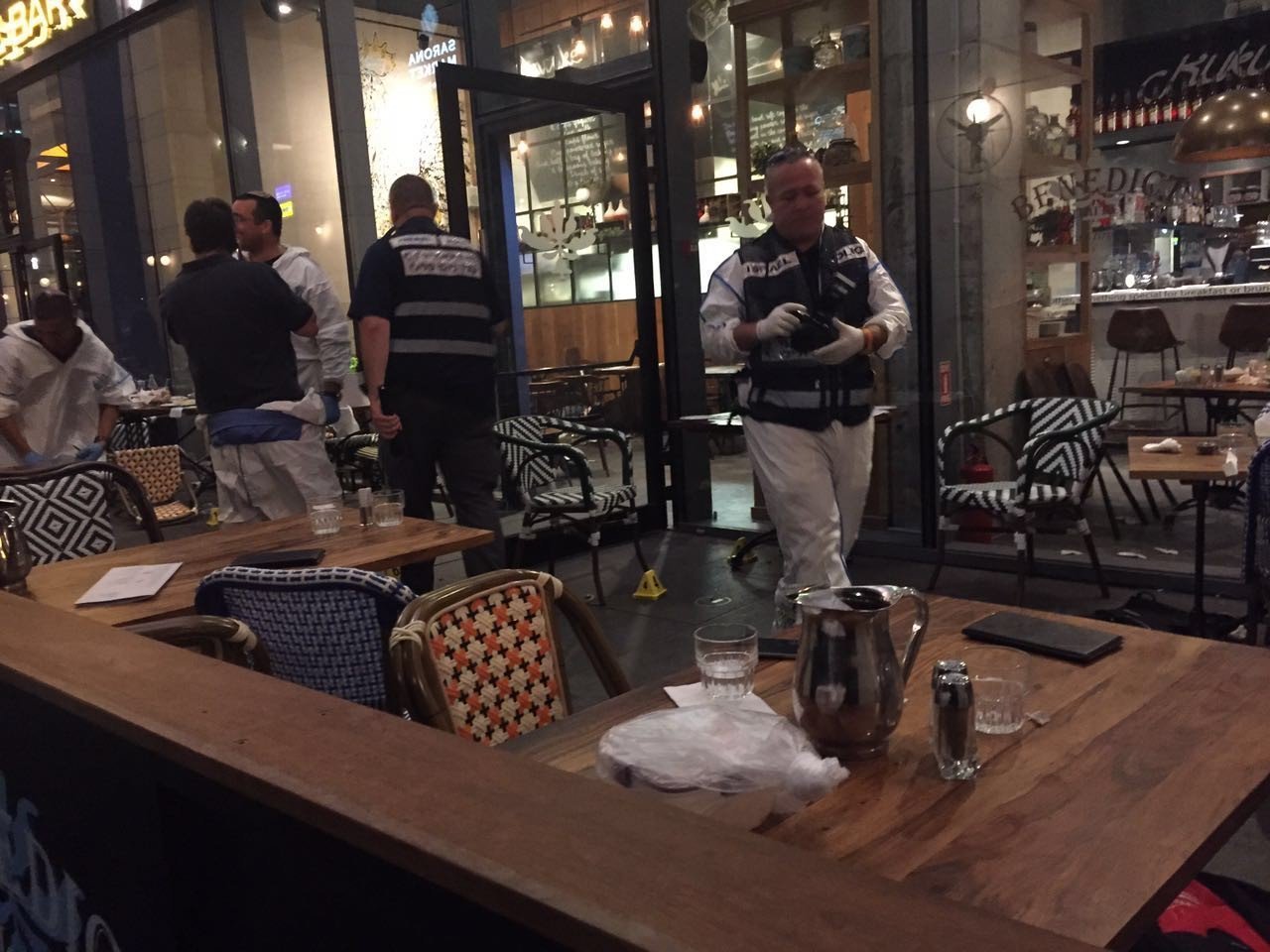 Two Palestinian suspects were captured, Israeli police spokesman Micky Rosenfeld said, with one shot and the second arrested at the scene. The attackers dressed as Hasidic Jews, according to a law enforcement source briefed by Israeli officials.

Information about a motive wasn’t immediately available. No intelligence suggested an attack was imminent, Rosenfeld said.

Prime Minister Benjamin Netanyahu said Israel would respond to the killing of four people at a market in Tel Aviv. “We will take the necessary steps to attack the attackers and defend those who need to be defended,” he said.

Surveillance footage from a cafe near the shooting scene showed a scene of chaos, as panicked customers scrambled and rushed to escape.

The shooting occurred about 9 p.m. local time at Sarona Market, a mixed-use development with a food hall, upscale retail, playgrounds, green space and residences on a central highway. CNN’s Elizabeth Cohen described it as hip and trendy destination that’s popular among tourists and locals.

The area was cleared while officers searched for explosives, Rosenfeld said, adding that the situation had come under control.

The market is across the street from Israel’s Defense Ministry and main army headquarters.

“We extend our deepest condolences to the families of those killed and our hopes for a quick recovery for those wounded,” he said. “These cowardly attacks against innocent civilians can never be justified. We are in touch with Israeli authorities to express our support and concern.”

Israeli Ambassador to the United Nations Danny Danon called on the Security Council to condemn the attack.

“Today’s heinous attack sadly proves that when the international community refuses to condemn terror against Israelis, the next attack is only a matter of time,” he said in a statement. “Terror in Tel Aviv must be treated the same as terror in Paris or Istanbul.”

Rosenfeld said knife attacks have been more common lately, with the last shooting in Tel Aviv occurring months ago.