NORFOLK, Va. - Police are investigating after a woman was killed in a three-vehicle crash Thursday afternoon.

The woman who died upon impact has been identified by police as 18-year-old, U.S. Navy Sailor, CSSN, Tyra Voss, of Pennsylvania.

The accident happened in the 200 block of East Little Creek Road shortly before 2 p.m. and involved two cars and one Norfolk Public Schools school bus.

There were no students on board the bus at the time of the crash.

The preliminary investigation revealed a Lexus sedan, driven by Voss, was turning from the I-564 off ramp onto the 200 block of E. Little Creek Road. Voss disregarded the traffic signal and entered the intersection, striking a Norfolk public school bus traveling westbound on E. Little Creek Road. The school bus was then pushed into a Nissan Sentra.

One occupant in the Nissan Sentra had minor injuries and was transported for precautionary purposes to an area hospital.

The driver of the school bus was not injured. 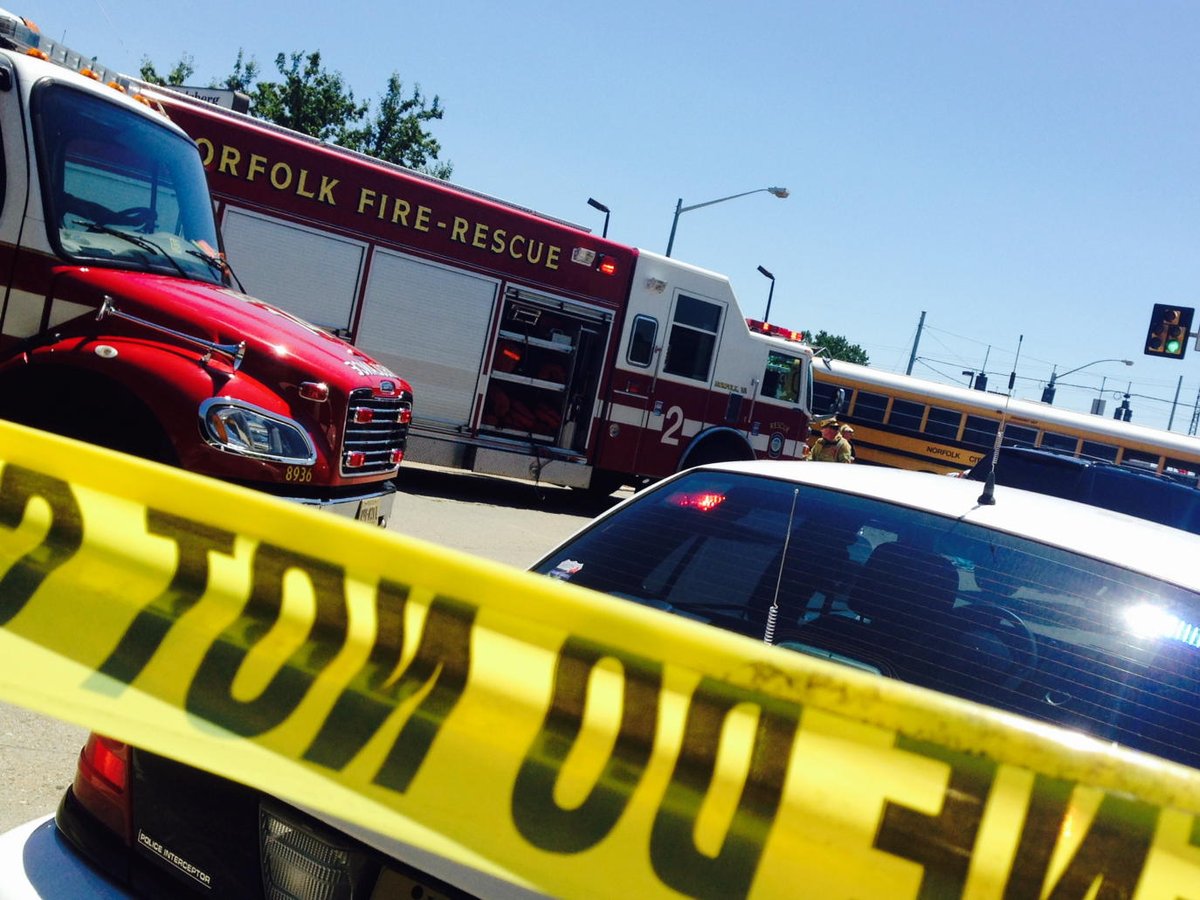 WARNING: Witness video taken right after accident. May be graphic to some viewers. https://t.co/hMMtsW7TH7 @WTKR3 pic.twitter.com/ThhU8FkrNs