Jones’ son Kyler graduated from kindergarten and several of Jones’ former colleagues came to be there for the special day. 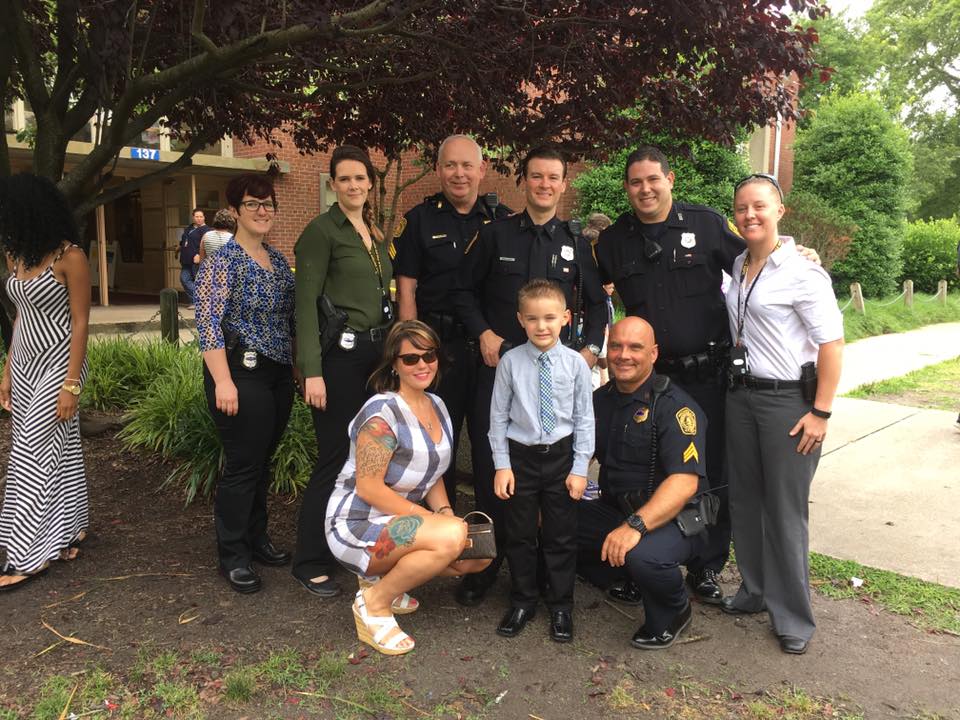 “My heart is full and we are so blessed to have them in our corner,” Jones’ widow, Rebekah, wrote on Facebook.

Jones was killed in the line of duty in May 2014. He left behind a wife and three kids.

“When Brian died, several NPD officers swore to my kids that they would always be there for us,” wrote Rebekah. “They proved that point today as Kyler graduated kindergarten.”