Pending approvals from the city. the store is projected to break ground in Spring 2017 and open in Summer 2018.

The area of I-64 and Northampton Boulevard has been selected as the proposed site for the new store since it is highly visible and on a major highway, according to IKEA Real Estate Manager Annette Banks.

The proposed store will be 331,000 sq. ft. and feature 1,000 parking spaces on 19 acres of land.  The design will be similar to all other IKEA stores and reflect the same architectural design — including the iconic blue building.

Inside the store will be an interior layout consistent with all IKEA stores, featuring a showroom, marketplace and self-serve furniture area. The store will also have a 300-seat Swedish cafeteria, food market and bistro.

Norfolk Mayor Paul Fraim said the store is expected to create approximately 500 construction jobs and 250 permanent jobs once it opens.

The store is expected to generate approximately $2.5 million in new tax revenue.

“We are excited at the possibility of growing our Southeastern U.S. presence with a Norfolk store,” said IKEA USA president Lars Petersson. “A location in this retail corridor would provide our nearly 35,000 Hampton Roads customers their own store and introduce the unique IKEA shopping experience to others throughout southeast Virginia.”

This will be IKEA’s second location in Virginia. There are only 42 IKEA stores in the U.S., with the closest locations in: Woodbridge, VA and Charlotte, NC. 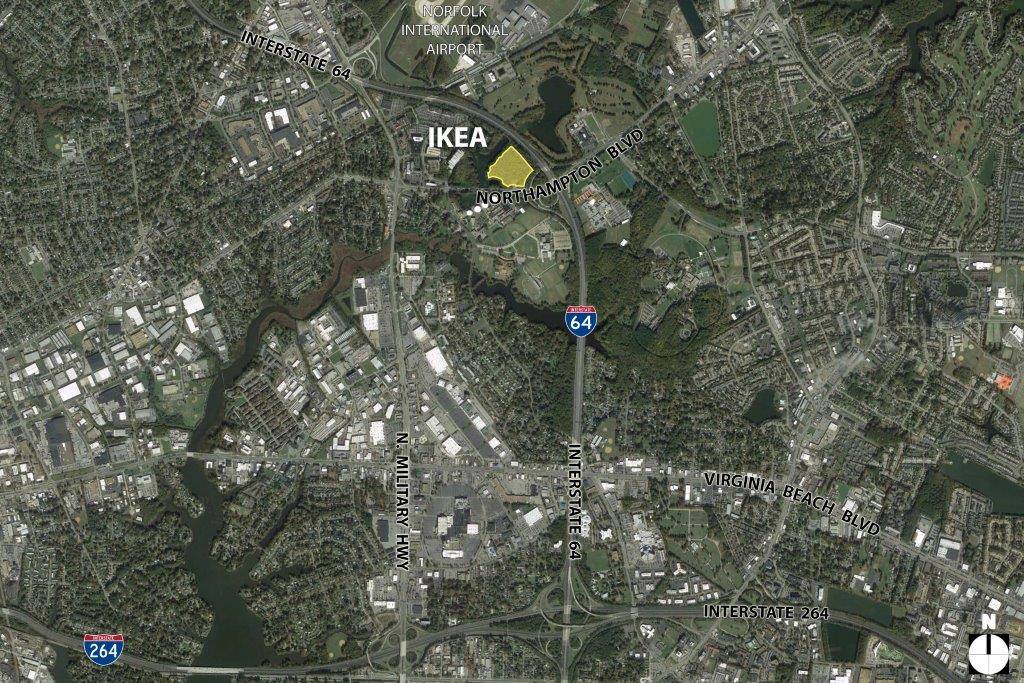