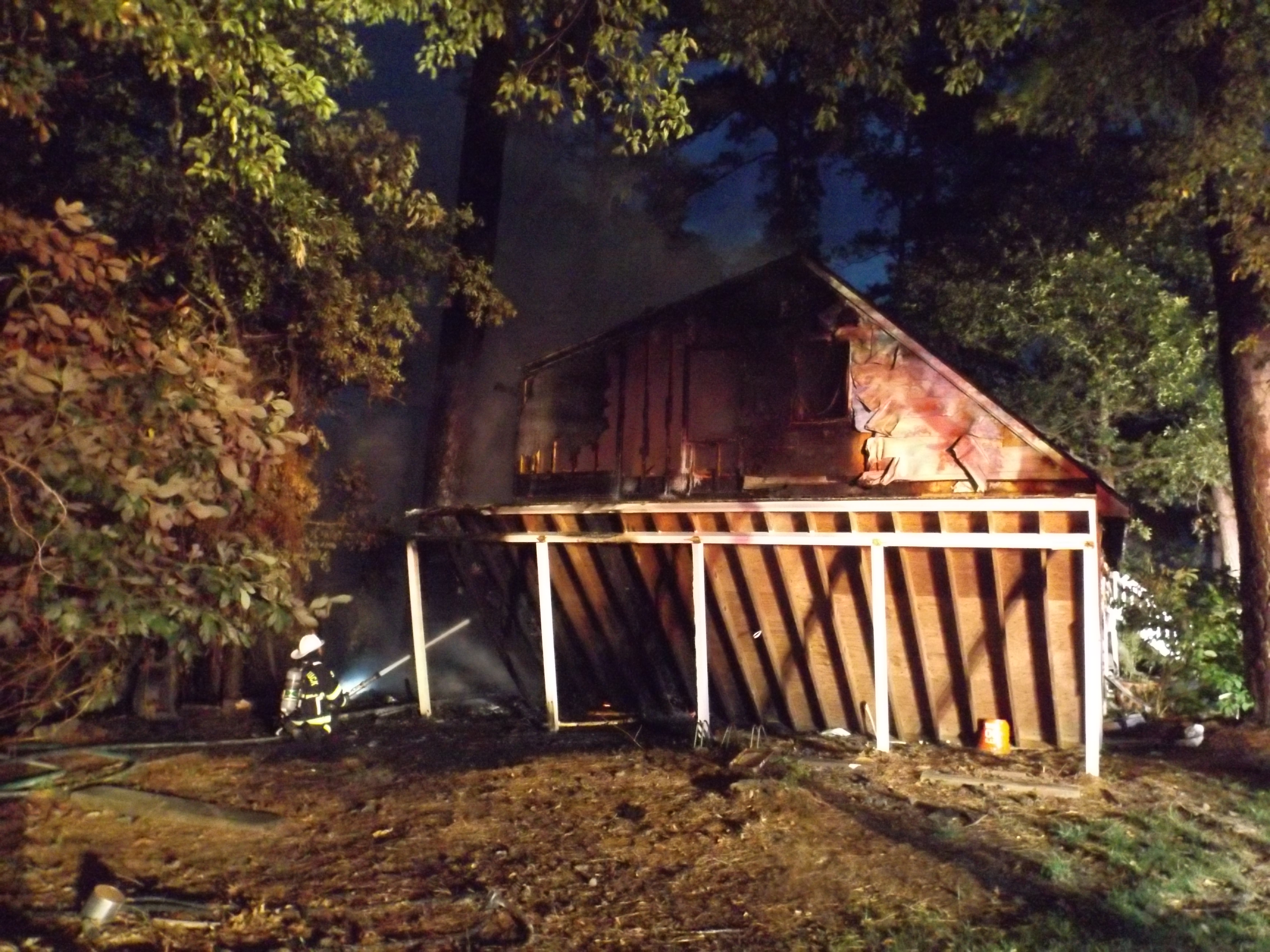 SUFFOLK, Va. – A garage with apartment above was declared a total loss Thursday morning after a fire.

Suffolk Fire & Rescue and Chuckatuck Volunteer Fire Department crews responded to the fire in the 1400 block of Bridge Point Trail in the Chuckatuck borough shortly after 4:30 a.m.

The occupant of the apartment vacated before crews arrived.

There were no injuries but the structure was declared a total loss.