It was the deadliest and boldest act of terror in a country that has become increasingly numb to ever-escalating violence by Islamist militants.

The victims — most of them foreigners — were among roughly three dozen people taken hostage when attackers stormed the Holey Artisan Bakery on Friday evening with guns, explosives and other, sharp weapons Friday evening, authorities said.

Some guests and workers managed to escape, jumping from the bakery’s roof. Others crouched under chairs and tables as the gunmen fired indiscriminately, witnesses said.

At least 11 of the 20 hostages who were killed have been publicly identified, including two people who attended college in the United States.

One of the students was Indian citizen Tarushi Jain, 19, who was studying at the University of California at Berkeley, according to India’s minister of external affairs, Sushma Swaraj.

The other was Abinta Kabir, of Miami, Florida, who was a student at Emory University’s campus in Oxford, Georgia, the school said.

Kabir was in Dhaka visiting family and friends, the university said.

“The Emory community mourns this tragic and senseless loss of one of our university family. Our thoughts and prayers go out on behalf of Abinta and her family and friends for strength and peace at this unspeakably sad time,” the university said.

Early Saturday morning, military commandos moved in. By the end, 13 people had been rescued and 20 were dead at the restaurant, officials said. Two police officers had been killed in a gunfire exchange earlier in the standoff, authorities said.

The Prime Minister thanked all those who had expressed their solidarity with Bangladesh, and said terrorism would be exterminated at all costs. The national mourning period will be observed Sunday and Monday.

Six terrorists were killed and one was captured alive, Prime Minister Sheikh Hasina Wazed said.
Exactly who was behind the attack is unclear.

ISIS claimed responsibility through its media branch, Amaq. But a U.S. official told CNN it was more likely that al Qaeda in the Indian Subcontinent conducted this attack.

The official said AQIS has demonstrated a more capable presence in Dhaka over the past few months than ISIS, and so far, all of its attacks in the nation have been in the capital.

Not all of the names of the dead were immediately released. One was Indian citizen Tarushi Jain, 19, who was studying at the University of California at Berkeley, according to India’s minister of external affairs, Sushma Swaraj.

One Japanese national and two Sri Lankans were among the hostages rescued, officials from both nations said.
The rescued Japanese national was having dinner with seven other colleagues from Japan, who are missing, said Koichii Hagiuda, the deputy chief Cabinet secretary.

Japan has sent Vice Foreign Minister Seiji Kihara, along with a team of terrorism experts, to Dhaka. 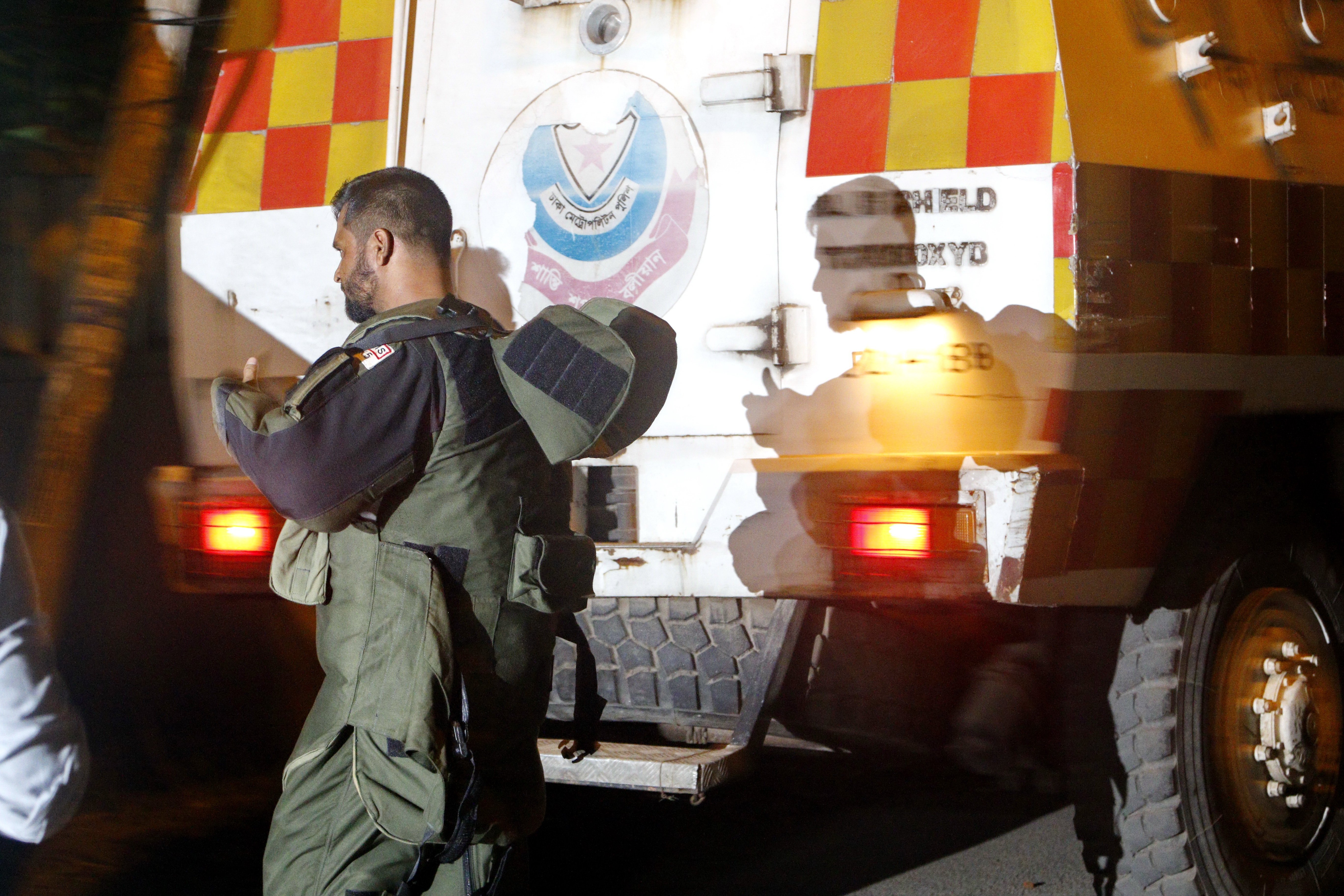 Witnesses described chaotic scenes when the gunmen raided the Holey Artisan Bakery.
Cafe worker Shumon Reza said he saw six to eight gunmen enter the bakery. He escaped as they came in.

“They were shooting in the air. They didn’t shoot or hit anybody. Just to create fear,” Reza told Boishakhi TV.

“The guests were all lying on the ground under the chairs and tables. And we (the employees) escaped in whichever safe way we could. Some went to the roof, others went to other safe spots.”

Shortly after, Reza said, the attackers started throwing explosives, one after another.

“We thought it wasn’t safe anymore and jumped from the roof,” he said.

In his office nearby, Ataur Rahman said he heard a series of gunshots as people raced for cover. Some yelled that the gunmen were shouting, “Allahu Akbar!”

Diego Rossini, one of the cafe employees, escaped up the stairs from the kitchen to the terrace, and hid there with 10 other people. Once the attackers started getting closer, Rossini jumped toward adjacent buildings along with the other people.

Rossini told CNN en Español that he was hiding between the restaurant and the building next door when police rescued him.

Even in a country that has become increasingly numb to Islamist attacks, the Holey Artisan Bakery standoff was particularly jolting in its brazenness.

It was not so much that the attack took place in a public place, in full view of a horrified public. Such public attacks have happened before — American blogger Avijit Roy was hacked with machetes outside Bangladesh’s largest book fair.

It was not even that the targets were foreigners. That, too, has happened before — more than once.

It was the time and the location that revolted many everyday Bangladeshis.

The gunmen went into the bakery on a Friday, the holiest day of the week in Islam, and at a time when the devout would be sitting down to break their fast in the holy month of Ramadan.

And they targeted not a bar or a club — the kinds of venues fundamentalist Muslims rail against — but a bakery.
Why did it happen at the bakery?

It’s more likely because of the bakery’s location: Gulshan.

Gulshan is one of Dhaka’s most affluent neighborhoods. Perhaps more importantly for the attackers, it’s a diplomatic enclave. Most of the embassies and high commissions have a presence in Gulshan.

Residents in the neighborhood expressed shock because the upscale neighborhood was considered safe with buildings behind walls, gated driveways and security guard booths.

Holey Artisan Bakery had become a popular destination for expats and diplomats, and attackers may have chosen it hoping for maximum global impact.

“They wanted maximum exposure. They got it,” said Sadrul Kabir, a Gulshan resident.

Is ISIS behind the attack?

Though there was the reported ISIS claim of responsibility, the U.S. State Department said Friday that cannot be confirmed. Spokesman John Kirby said the State Department is assessing information.

ISIS has claimed responsibility for a number of past attacks in Bangladesh through its media affiliates, but the government has consistently denied the terror group’s presence in the country. Other attacks have been claimed by local Islamist groups.

But experts said Bangladesh is a target for terrorists.

“In the case of ISIS and its connection to international terrorism in Bangladesh, they have mentioned the country several times in Dabiq, their online journal,” said Sajjan Gohel, the international security director at the Asia Pacific Foundation. “They talked about the fact that they were going to carry out more attacks, they were going to increase the tempo, and they were calling for volunteers from Bangladesh to join them.”

Home to almost 150 million Muslims, the country had, until recently, avoided the kind of radicalism plaguing others parts of the world. But in the last two years, a wave of murders across Bangladesh have killed secular writers, academics and religious minorities.

The string of targeted murders has sparked debate about the involvement of ISIS.

In response to growing criticism, the Bangladeshi government launched an anti-militant drive last month, rounding up and arresting hundreds. But many of those detained are believed to be ordinary criminals and not Islamic extremists.