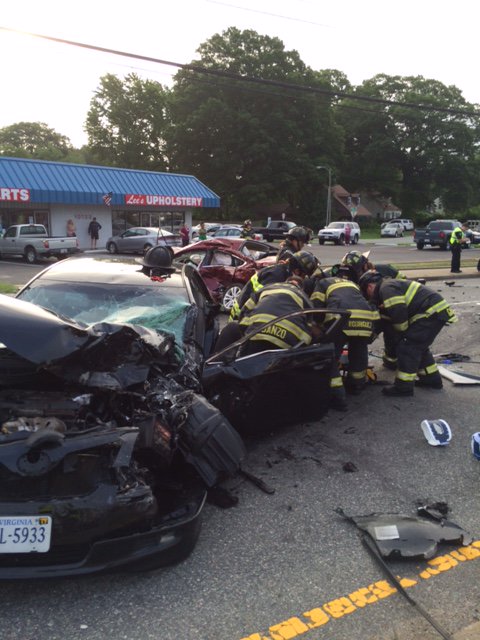 It happened around 6:45 a.m. on northbound Jefferson Avenue at Lee Road.

According to the Newport News Fire Department, the crash involved six vehicles.

Two people were trapped inside of a vehicle and had to be extricated by rescue workers. It took approximately 20 minutes before they were freed.

Four people involved in the crash were transported to the hospital. The extent of their injuries is unknown.

A firefighter was also transported to the hospital with minor injuries.

There is no word yet on what caused the crash.