Two court bailiffs were killed and a deputy was injured Monday after an inmate grabbed the deputy’s gun outside a holding cell in a Michigan courthouse, Berrien County Sheriff L. Paul Bailey said.

After shooting the officers, inmate Larry Darnell Gordon tried to take hostages in the courtroom area, shot a woman in the arm and was fatally shot by other bailiffs when he tried to flee, Bailey said.

Killed were Joseph Zangaro, 61, and Ron Kienzle, 60, according to CNN affiliate WXMI. They both had retired earlier from other law enforcement agencies and then served more than a decade each as bailiffs, Bailey said.

“Our hearts are torn apart,” Bailey said. “They were our friends. They were our colleagues. I’ve known them over 30 years.”

The injured deputy is James Atterbury, 41, WXMI said. He underwent surgery at Lakeland Health in St. Joseph and was expected to recover, Bailey said. The civilian woman who was shot also suffered non-life-threatening injuries, he said. Her identity was not released.

The shootings, which happened in St. Joseph, a small town on the eastern shore of Lake Michigan, occurred just a few days after a sniper killed five police officers in Dallas.

Authorities didn’t mention any connection between the Dallas shootings and events at the Berrien County courthouse, but Michigan Gov. Rick Snyder said, “This is a particularly tough time for law enforcement so I ask everybody to reach out and be supportive of law enforcement.”

Gordon, 45, of Coloma was being held on several felony charges, Bailey said. It was not clear what the specific charges were.

He had been taken from a holding cell and was being moved to a third-floor courtroom for an arraignment hearing when he began struggling with Atterbury, Bailey said.

“In that fight the inmate was able to get the deputy’s gun away and then shoot the deputy and then move out from that area and kill the two bailiffs,” Bailey said.

The officers were shot in a part of the courthouse that is not accessible to the public, Bailey said.

Golden ran into a public corridor, shot the woman and spent about five minutes in the courtroom area trying to take hostages before he ran through a door and was “taken down by other bailiffs who responded,” Bailey said.

Bailey said it appeared Gordon was not handcuffed. When asked if any rules had been violated in handling prisoners, Bailey said, “We had no information he was going to be violent and not everybody who goes into the courtroom is handcuffed.”

Michigan State Police and other agencies are investigating. The courthouse will be closed on Tuesday while the crime scene is processed.

Michigan Supreme Court Chief Justice Robert P. Young, Jr. issued a statement late Monday, saying: “This tragic incident is another sad reminder that courthouse employees put their lives at risk every day to serve the people of Michigan. As we await further details and the results of the ongoing State Police investigation, we stand ready to implement steps to further strengthen courthouse security to better protect both employees and the public.”

St. Joseph is a town of about 8,300 on the eastern shore of Lake Michigan, about 35 miles north of South Bend, Indiana, and some 100 miles by car from Chicago.

Fatal shootings have happened before in courthouses.

In 2005, Georgia rape defendant Brian Nichols seized an officer’s gun and killed a judge, a court reporter and a sheriff’s deputy inside the Fulton County Courthouse in Atlanta. Before being captured, Nichols also killed a federal agent. He was sentenced to life in prison. 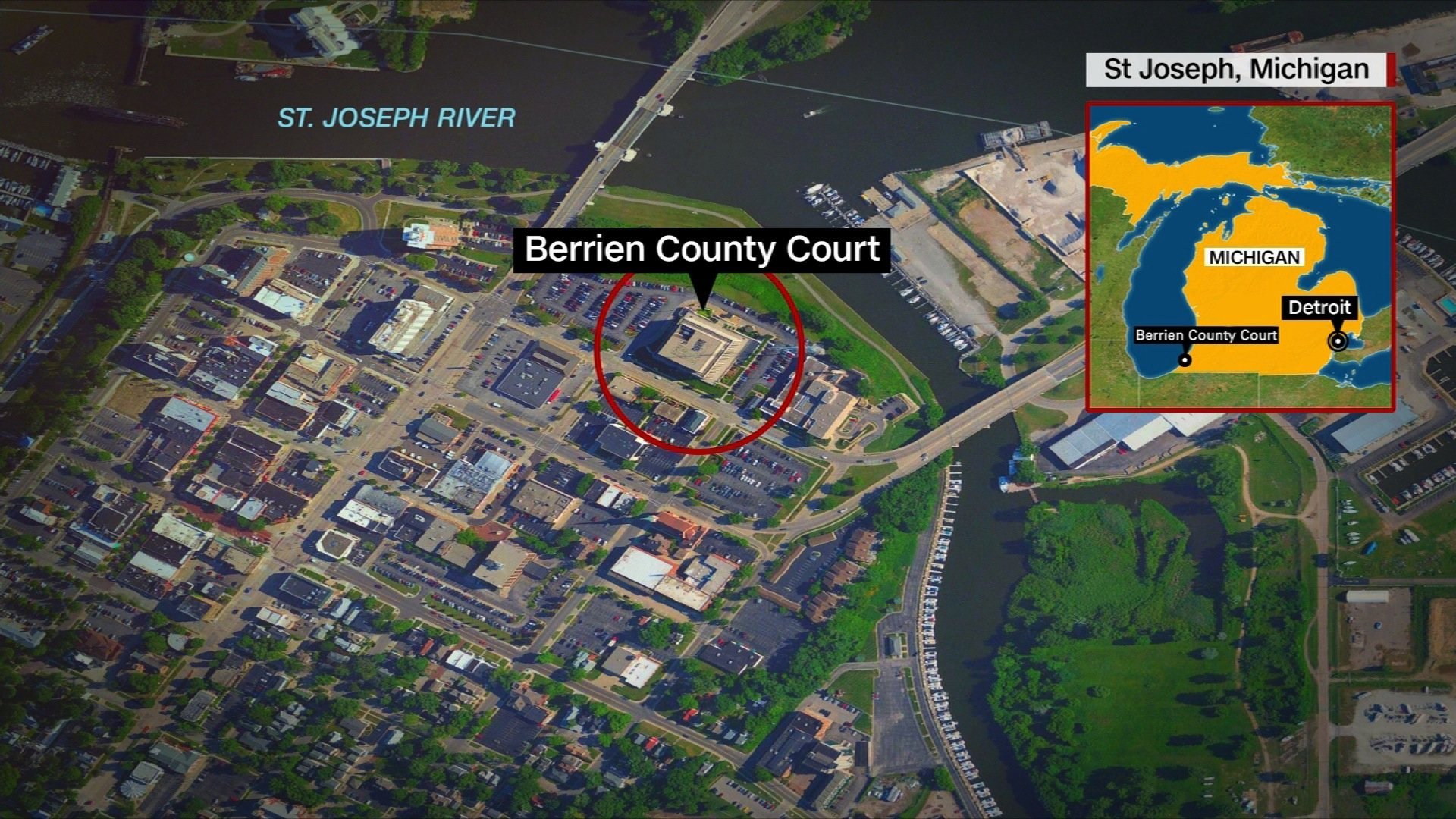