According to the group, "Trump has fraudulently touted his support for men and women in uniform while lying about donating money to veterans groups, insulting prisoners of war, signaling he wants to privatize the VA, and leading companies that have fired employees because of their military service, while continually praising Saddam Hussein."

Colonel Dave Belote, Brigadier General David McGinnis, and Navy veteran Linwood Fisher were among the Virginia veterans who participated in the event.

Local Veteran now addressing media about how Trump is not good for veterans. https://t.co/QjCQhAwFqZ pic.twitter.com/VlxOOq4FA1

Several veterans stayed outside of the Trump event protesting. They were joined outside by Trump supporters and Black Lives Matter activists. 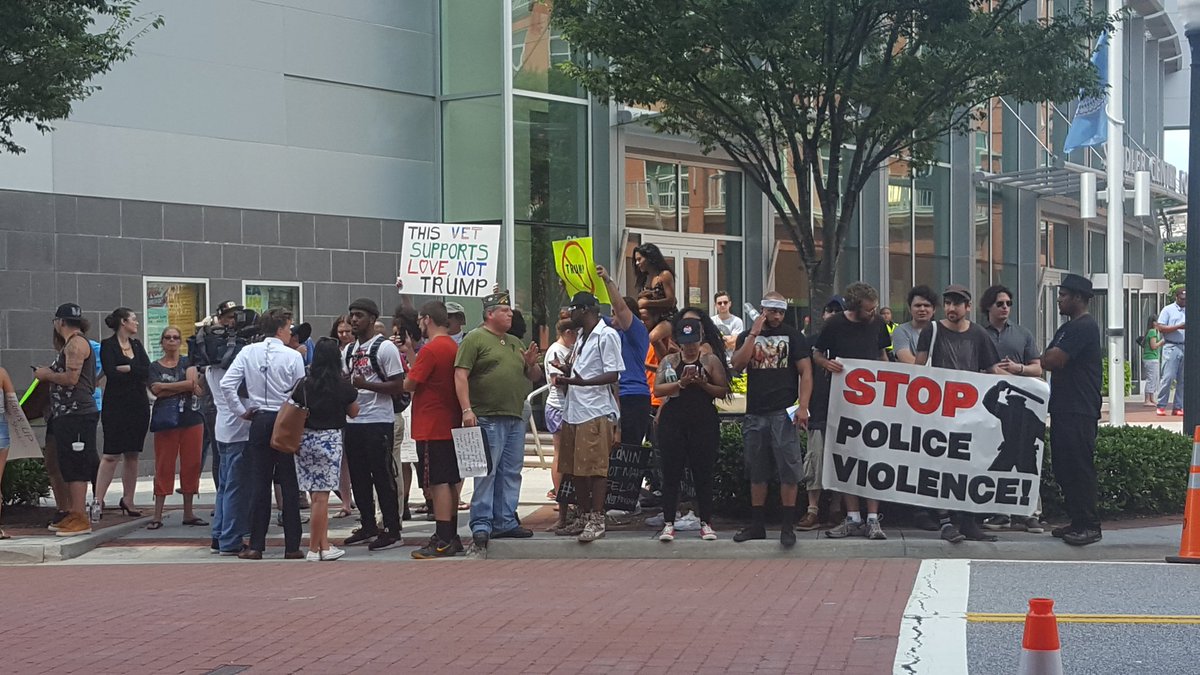