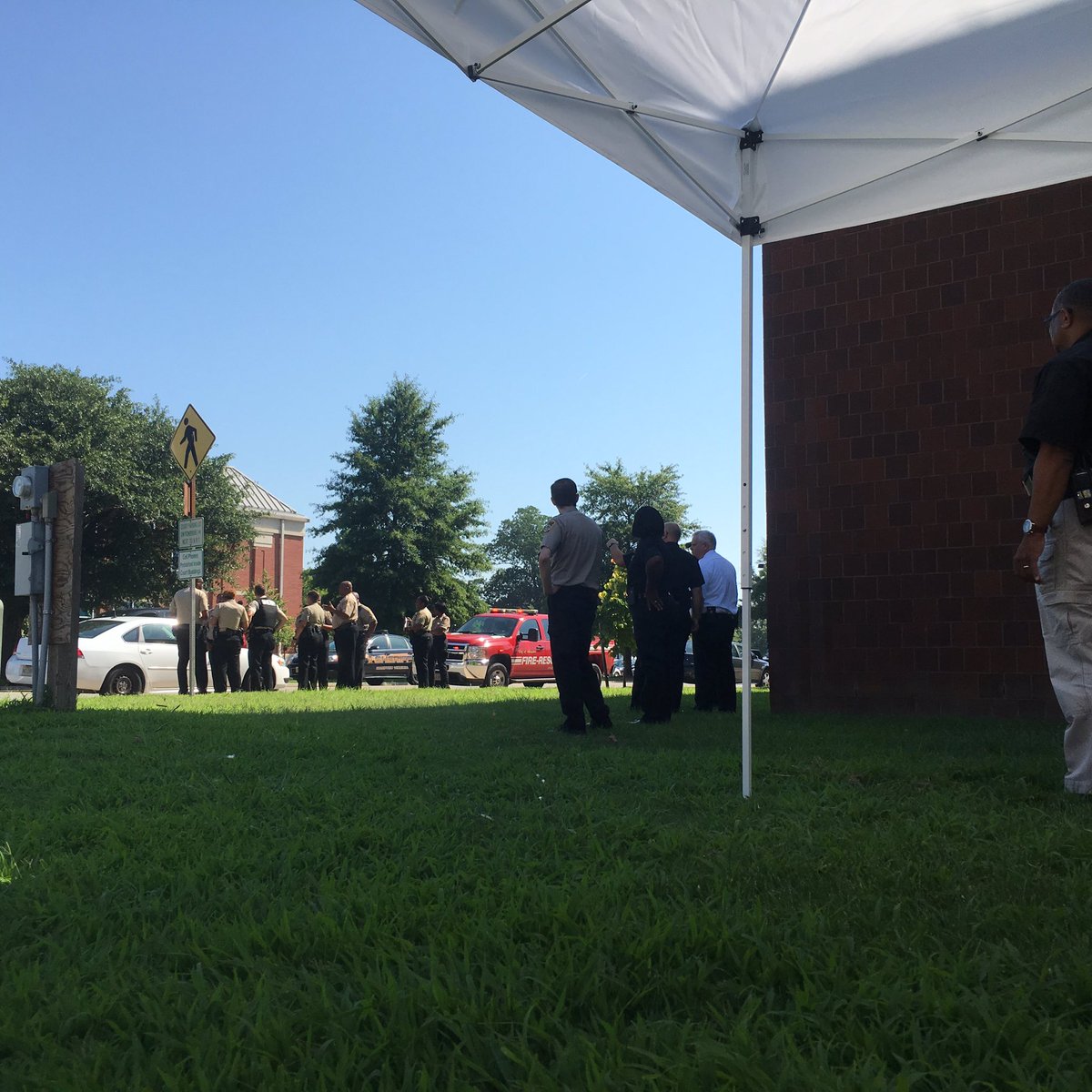 The threat was received by the Hampton Police dispatch center around 9 a.m. about a bomb in the 200 block of North King Street where the Hampton Circuit Court and the Hampton General District Court are located.

Evacuations were lifted around 12:30 p.m. after authorities searched three court buildings and found nothing.

Some employees spent the entire three hours outside in the heat while the buildings were searched. They were provided snacks and water by first responders.