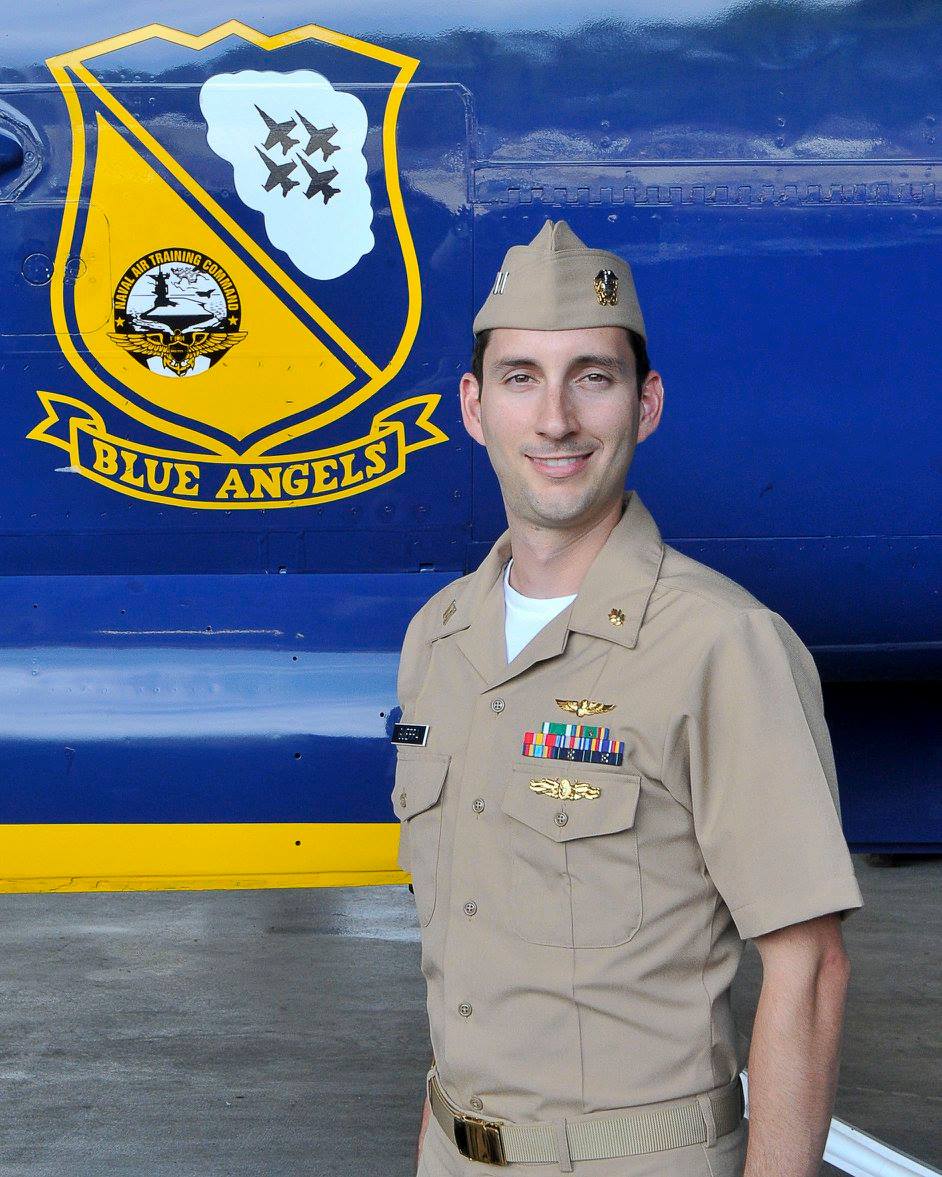 PENSACOLA, Fl. – The Blue Angels have announced officers selected for the 2017 air show season and three are currently stationed in Virginia Beach.

The Blue Angels are the U.S. Navy’s Flight Demonstration Squadron.

Scott, a Danville, California  native, is a 2007 graduate of the University of Southern California, Los Angeles.

Navy Lt. Juan Guerra, 31, was selected to be the Flight Surgeon. The Ocala, Florida native is currently assigned to Strike Fighter Squadron (VFA) 106 the “Gladiators” at Naval Air Station Oceana in Virginia Beach.

He’s a 2011 graduate of the Uniformed Services University of health Sciences School of Medicine in Bethesda, Maryland.

Hawkins was commissioned through the Limited Duty Officer Program in 2013.

“It is such a privilege to have so many talented officers apply to be part of the Blue Angels tradition of showcasing the Navy and Marine Corps to the American public,” said Cmdr. Ryan Bernacchi, flight leader and commanding officer of the 2016 team. “I am inspired by all of those who applied this year and we have an exceptional group to add to next year’s team.”

Each year the Blue Angels select finalists to interview at the team’s home base of Naval Air Station Pensacola in Florida during the week of the Pensacola Beach Air Show. The team then makes selections at the end of that week.

The Blue Angels are scheduled to perform in Virginia Beach at Naval Air Station Oceana September 10th and 11th.

The other officers selected for the 2017 Blue Angels Team include:

Navy Lt. Bryan Pace, 32, of Fitzwilliam, New Hampshire, is a supply officer currently assigned to Strike Fighter Squadron (VFA) 101, the “Grim Reapers,” at Eglin Air Force Base, Florida. He is a 2010 graduate of the University of Massachusetts Amherst, Amherst, Massachusetts.

Expected to return for the 2017 season are: