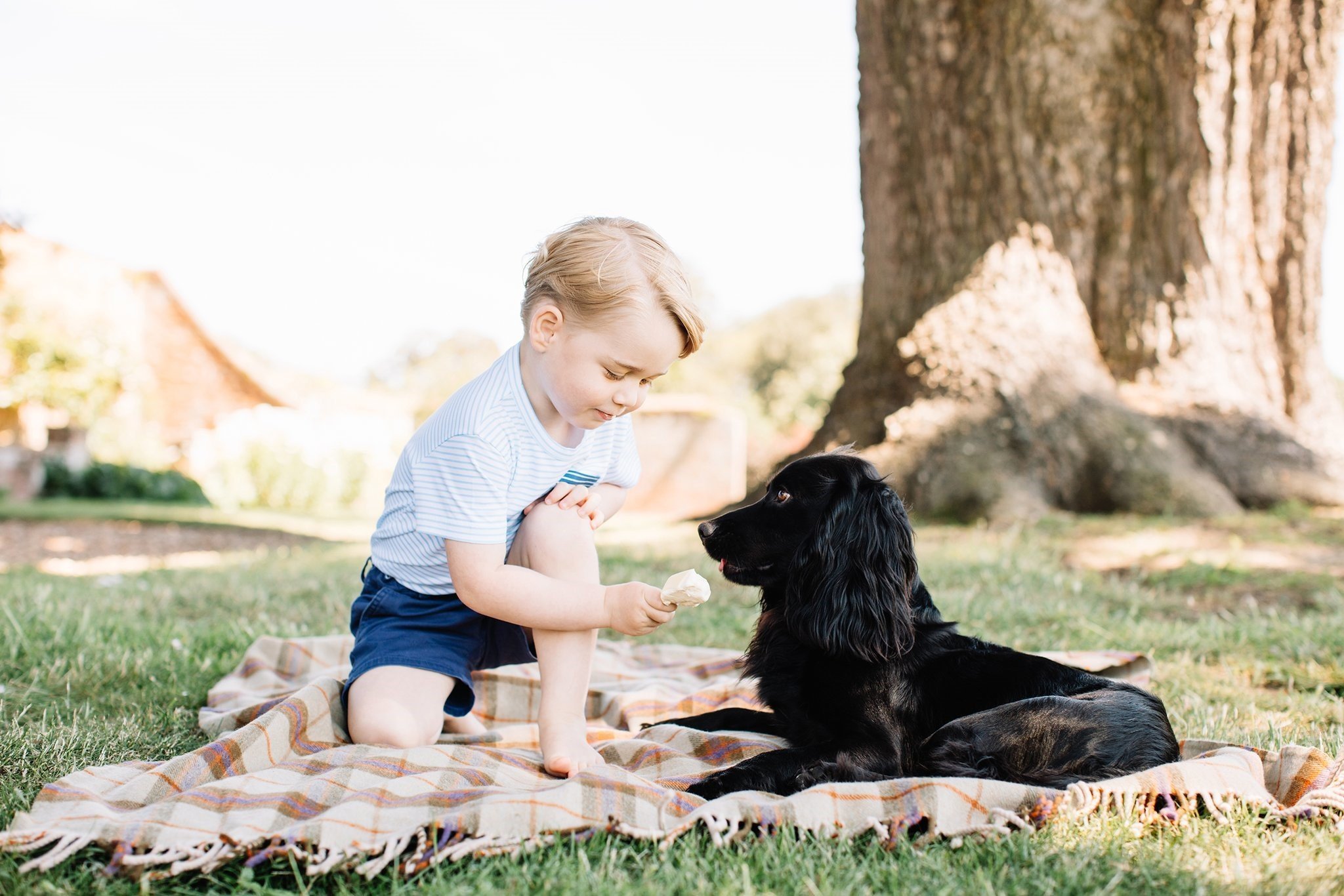 Prince George, Britain’s future king, is celebrating his third birthday Friday — and new series of adorable photos of the young royal have been released by Kensington Palace to mark the occasion.

The relaxed, candid photos, posted on Twitter, show the barefoot toddler playing on a swing and sitting on a picnic blanket while feeding the family dog, Lupo.

His parents, Prince William and Kate Middleton, said they were delighted to share the photos.

A spokesperson for Kensington Palace said: “The Duke and Duchess hope that people will enjoy seeing these new photographs. They would like to thank everyone for all the lovely messages they have received as Prince George celebrates his third birthday.”

The photos were taken at the Duke and Duchess’ country home in Norfolk in England’s east.

The photographer, Matt Porteous, said in a statement that he was honored to be part of the occasion: “I really enjoyed the opportunity to take these photographs of Prince George. It was a very relaxed and enjoyable atmosphere.”