The gunman who killed nine people in a rampage in Munich on Friday was obsessed with mass shootings and appeared to have planned the attack for a year, officials said.

“He appears to have planned this act since last summer,” Robert Heimberger, president of the Bavarian state criminal police office, said at a press conference Sunday.

“He completely occupied himself with this act of rampage.”

Police have not named the attacker, but said he was an 18-year-old with dual German and Iranian nationality who was born and raised in Munich. Neighbors told CNN Saturday that the teen who lived in an apartment searched by police was Ali Sonboly, a name reported by German media outlets.

Police had said Saturday that the attacker was a mentally troubled individual who had extensively researched rampage killings, and had no apparent links to terror groups and no political motive.

On Sunday, investigators revealed he had left behind a long written statement on his computer, which was still being analyzed. They also said they had found photographs on his camera showing he had also visited the German town of Winnenden, the site of a deadly 2009 school shooting.

Earlier, officials said they had found in the gunman’s belongings numerous documents on mass killings, including a book entitled “Rampage in My Mind — Why Students Kill.”

Officials also believe there likely was significance in the timing of the attack, which came five years to the day since Anders Behring Breivik killed 77 people in Norway in 2011, many of them attendees at a youth camp.

The gunman had also been under psychiatric care in a hospital for two months in 2015, officials said Sunday.

Documents found in his home confirmed that he suffered from mental illness, including depression and anxiety, Munich prosecutor Thomas Steinkraus-Koch said Sunday.

Police found medication in his home and are trying to determine whether he had been taking it. the shooter had a history of having been bullied by his peers, and in 2012 had been injured in an attack by other young people that had been reported to police.

A search of his belongings revealed he was also an avid player of first-person shooter video games, including “Counter-Strike,” officials said Sunday. 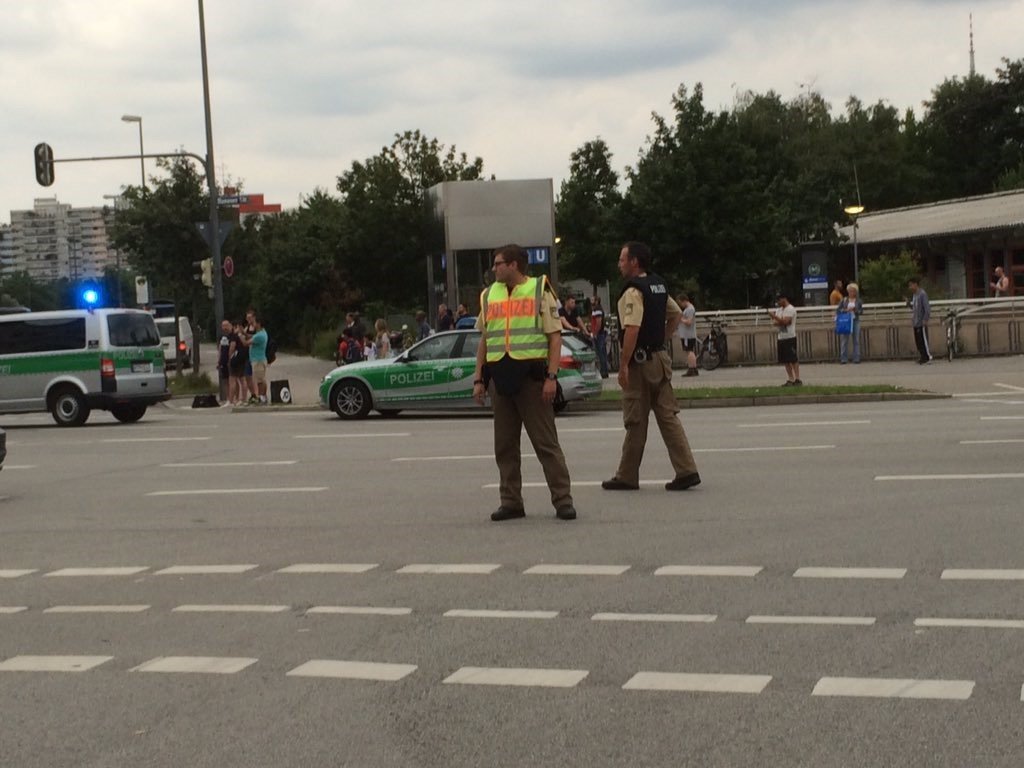 The deadly attack began in a McDonald’s outside Munich’s Olympia mall on Friday evening, bringing Germany’s third-largest city to a standstill before the gunman was found dead of a self-inflicted gunshot wound.

The shooter had used a fake Facebook account to lure people to the McDonald’s by offering free food, police said Sunday. Earlier, they had said he may have hacked another person’s account, but they clarified on Sunday that it was an entirely fake account set up in another person’s name.

Heimberger said the attacker appeared to have illegally purchased the pistol used — a 9 mm Glock 17 — through the “dark web,” a shadowy part of the Internet that is not discoverable by standard search engines and is used for anonymous, illicit transactions.

Police believed it was an older weapon that had been reassembled, and were still working to establish where the attacker had obtained the 300 rounds of ammunition found in his rucksack.

Another of the victims was also a Greek citizen, Greece’s Foreign Ministry said Saturday.

The shooting shook Europe after a spate of recent terror attacks on the continent, including the stabbing of passengers on a German train by a man who claimed to be inspired by ISIS and the killing of 84 people in a truck attack in Nice, France.