PHILADELPHIA, Pa. - Some Bernie Sanders supporters are not quite ready to throw their support behind Hillary Clinton. On the first day of the Democratic National Convention many protested her likely nomination.

Sanders supporter Chris Deerborn told News 3 he would still like to see Hillary Clinton charged with a crime. When asked if Sanders' endorsement changed his mind Deerborn said, "I don't want Trump to win, but I still think Bernie can win."

A family wearing "Hillary for prison" t-shirts near the Wells Fargo Center said they were getting support from Sanders and Trump supporters. 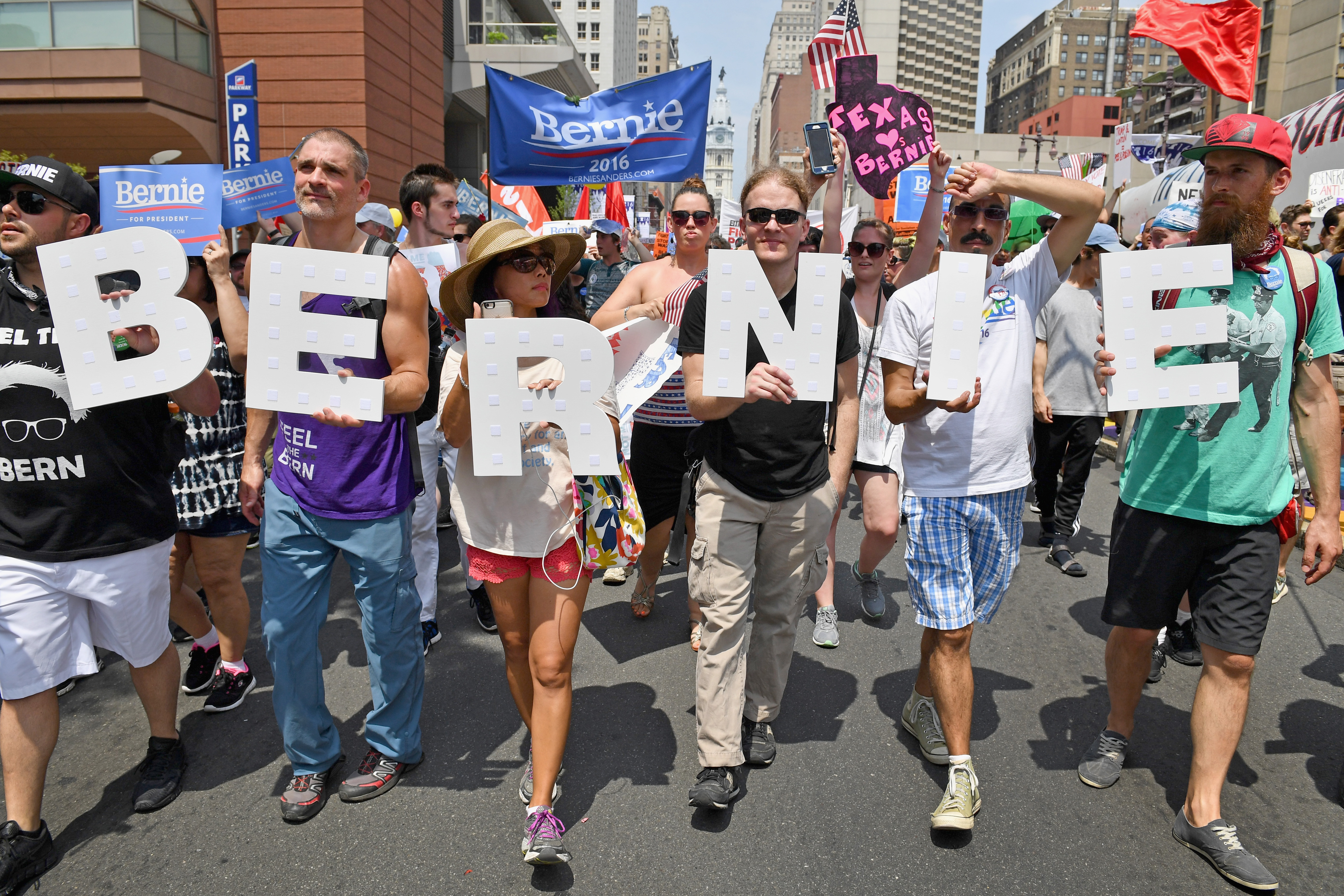 Democratic senators are discussing whether Democratic National Committee Chairwoman Debbie Wasserman Schultz should be removed as the head of the party because she has become "too toxic" in the ongoing Democratic civil war.

Many protesters told News 3, despite the impending resignation of DNC Chair Debbie Wasserman Schultz over leaked emails,  they still don't have faith in the Democratic Party. "That's just window dressing, and who's she going to go work for?" asked Ralph Drake, a communications professor from New Jersey.

The FBI on Monday confirmed they are investigating a hack into the Democratic National Committee, as possibly related to a Russian cyberattack.

Wasserman Schultz was originally supposed to gavel in the convention, but told the Orlando Sun Sentinel on Monday she would give up that responsibility in a show of party unity. She will be stepping down at the end of the Democratic Convention.