What started as a beach-themed teen party at a Florida nightclub ended early Monday in a deadly shooting, with a 14-year-old and an 18-year old killed and more than a dozen others injured.

Parents were picking up their children from Club Blu Bar and Grill in Fort Myers when gunfire erupted outside, the club said in a Facebook post.

At least 16 others, ages 12 to 27, were wounded in the shooting. Of the four people still hospitalized Monday, two are in critical condition, and two are in fair condition, Lee Memorial Hospital said.

Police stressed that the shooting was not terror-related. But many other details remain uncertain.

Three people are in custody, interim police Chief Dennis Eads said. He described them as “persons of interest” but declined to provide further details or answer questions about the investigation.

“We’re still looking for others. And, hopefully, we’ll have something positive to report on that in the very near future,” he told reporters.

‘Nothing more we could (have) done’

A flier posted on Facebook advertised the club’s “Swimsuit Glow Party” Sunday night. It said no identification would be required to enter, meaning the party was open to all ages.

Club Blu released a statement saying it had tried to provide a safe environment for teens.

“We are deeply sorry for all involved,” the club posted on Facebook.

“We tried to give the teens WHAT WE THOUGHT WAS A SAFE PLACE TO HAVE A GOOD TIME. Ages 12-17. There was armed security as well as full security, inside and out. As the club was closing and parents were picking their children up…..that’s when all this took place. There was nothing more we could of done az you see it was not kids at the party that did this despicable act.”

Attorney Joe North, who’s representing the Strawder family, said he’s looking into security concerns at the club. He said Strawder’s sister, Sharelle Strawder, was shot in the leg at the club and was treated and released from an area hospital.

The club’s owners haven’t responded to CNN’s request for comment.

Police didn’t say how many shots were fired, but the front of the club was covered with at least 36 yellow evidence markers.

“It was chaos. I saw a bunch of people running across the street,” nearby resident Jermaine Wilson said. “It’s incredible that this can happen at a teenage (event).”

Strawder was a high school basketball standout who was about to begin his senior year.

“He knew basketball was his ticket out of here, and he was well on his way,” said Bernard Edwards, a family friend whose son played basketball with him.

The teen ate, breathed and drank basketball, he said. But he was known for much more than his skills on the court.

“He would have given the shirt off his back for you,” Edwards said. “He was the most special kid, the most humble,”

Losing him, he said, feels like losing a son.

“He was always laughing and joking, just that special kind of kid,” Edwards said. “It’s going to be hard to overcome.”

One of his mentors, Dwayne Jackson, lamented the death of such a promising young man whom he recruited into his basketball ministry, “Hoops on a Mission,” after meeting him when he was in the fourth grade.

“I am without many words this morning. As I woke up to the horrific news, my heart dropped into my stomach. Physically paralyzed,” Jackson wrote on Facebook. “My heart is mourning for both teens. Stef’An Strawder was not only a part of Hoops on Mission, but a little brother to me. Since he was in 4th grade, he has always come to me about basketball and life. Before games, we would talk on the phone and I’d give him pep talks. The list goes on…

“Today, I ask my city to join me in praying for every broken heart in our city mourning the losses. ”

Sean Archilles, who turned 14 in March, was to start the eighth grade at Royal Palm Exceptional School.

His father, Jean Robert Archilles, told a Florida newspaper he learned about the shooting from Sean’s mom after midnight.

“I can’t believe it,” Archilles told the News-Press, tears in his eyes. “I don’t know like what a 14-year-old can do to someone….Some of his friends got shot, too.”

A Houston man said that he and and his family had recently relocated to Fort Myers after he was injured in a shooting in the Texas city. They were unpacking their vehicle after a trip to Orlando when they heard the gunfire outside Club Blu.

“I just feel bad because I ended up taking my family from that situation to find out I moved into that situation again,” Juan Santibanez told the News-Press.”As soon as I heard the shooting, my wife and kids were coming out, and we hit the floor. My wife started panicking. I just put them on the floor and got on top of them.”

He said the shooting happened while parents were arriving to pick up their kids.

“All you heard was just screaming and crying, just people in pain,” he told the News-Press.

Police are investigating two other related scenes, one on Ortiz Avenue, where a person of interest has been detained. The other scene is on Parkway Street, where gunshots hit property and a bullet grazed a person, according to CNN affiliate WINK-TV.

But the area is now “deemed safe,” a police statement said.

Authorities said they’re searching for any suspects who may still be on the loose.

After meeting with officials in Fort Myers, Gov. Rick Scott told reporters the shooting was “horrific” and thanked law enforcement for their response.

“This state believes in justice,” he said. “So those that have been involved in this, they will clearly be held accountable.”

A previous version of this story incorrectly spelled the names of victims Sean Archilles and Stef’An Strawder based on an earlier police statement. 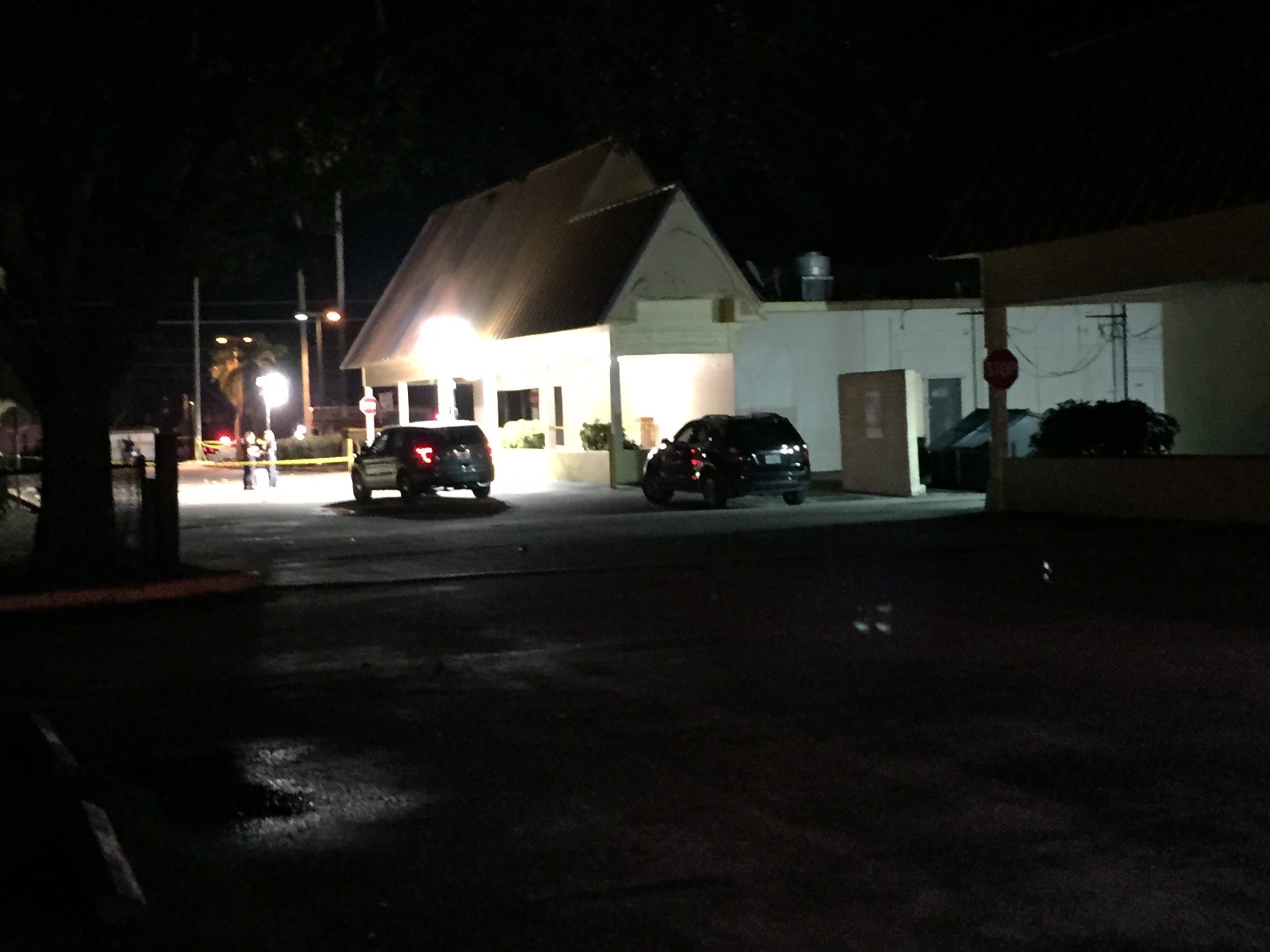