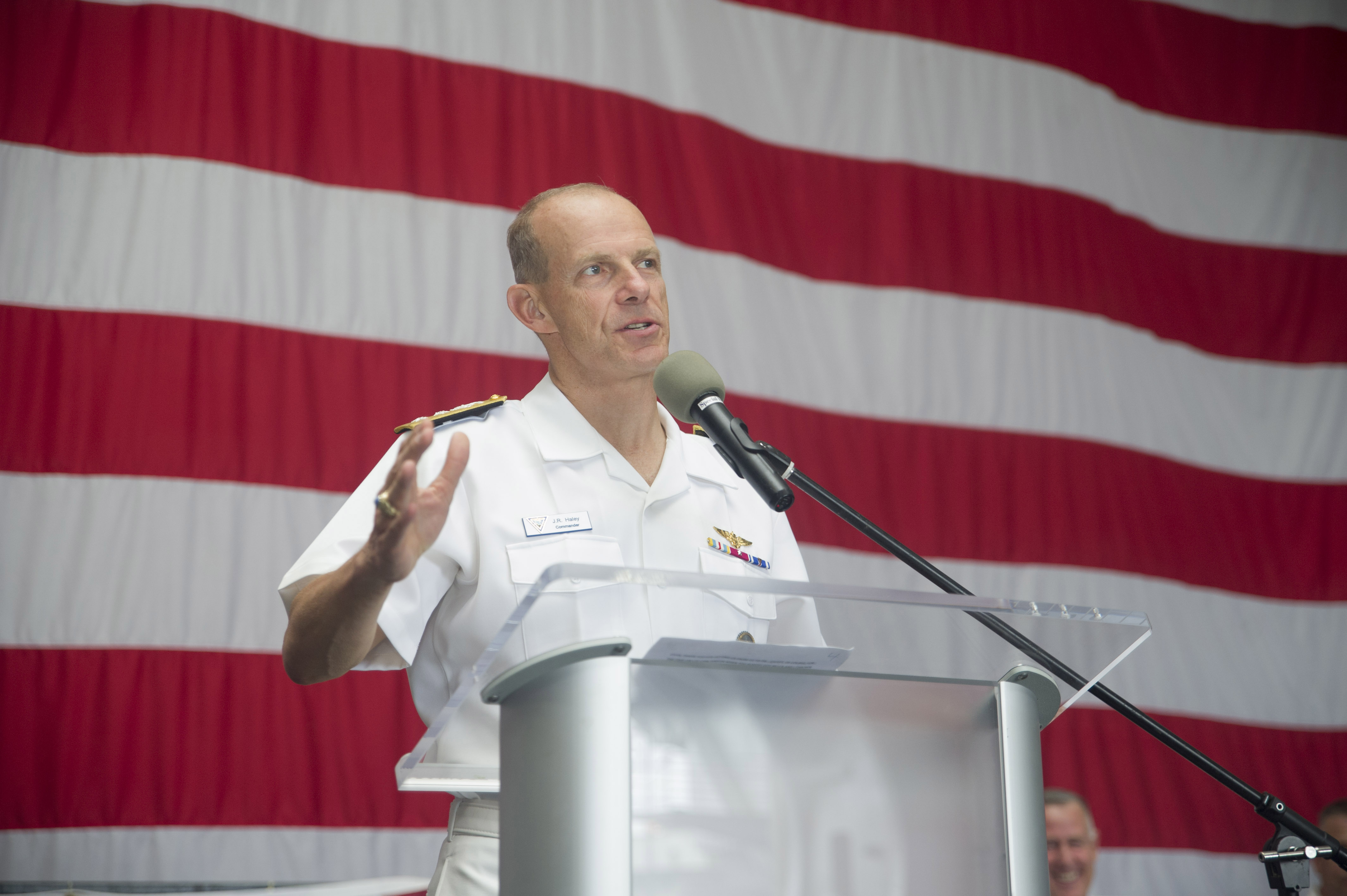 The change of command ceremony was held Friday on board the USS George Washington aircraft carrier at Naval Station Norfolk.

Haley, who lead Commander, Naval Air Force Atlantic since 2015 is retiring from the Navy after 36 years of service.

A 1980 graduate of the U.S. Naval Academy, Haley logged more than 3,500 flight hours and more than 1,100 carrier arrested landings or “traps” during his career.

Lindsey, a 1982 graduate of the U.S. Naval Academy, takes over command of Naval Air Force Atlantic from Carrier Strike Group 4 where he served as commander.

Commander, Naval Air Force Atlantic is headquartered at Naval Support Activity Hampton Roads, near Naval Station Norfolk. It makes up a staff of more than 600 military and civilian personnel.

The command is responsible for all aspects of manning, equipping and training four aircraft carriers, four carrier air wings, a strike fighter wing, a patrol and reconnaissance group, a maritime patrol wing and two helicopter wings. Those commands are made up of 54 aircraft squadrons, 1,200 aircraft and 50,000 officers, enlisted and civilian workers.